Here's a good, localized look at the challenges facing rural hospitals all over the U.S., by John Stucke of The Spokesman-Review in Spokane: "Many of Eastern Washington’s small hospitals are bracing for cutbacks as federal and state governments look to save money. 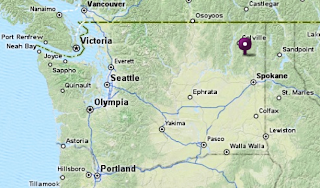 "Consider Providence St. Joseph Hospital in Chewelah [pin on MapQuest image]: On any given day perhaps nine of its 25 patient beds are occupied. Two of those patients might have private insurance. One might not pay the medical bill. The rest will be covered by government programs such as Medicare and Medicaid.

"And yet the hospital has made money in four of the past five years, in part because rural hospitals receive richer payments from government than larger urban hospitals to care for proportionally higher numbers of the poor, elderly and uninsured who populate rural America.

"It’s a bottom-line boost that has kept 38 hospitals in rural Washington afloat. But that extra money from Medicare and Medicaid is drawing the attention of budget cutters. If proposals to retool and scale back the payments are adopted, up to half of these hospitals could be closed within a matter of years, say administrators and policy analysts." (Read more)
Written by Al Cross Posted at 12/28/2011 09:44:00 PM