Warren Buffett buys 63 newspapers, most of them community weeklies 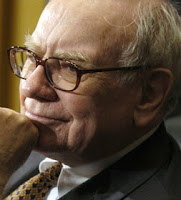 Billionaire Warren Buffett is now one of the largest newspaper publishers in the U.S., and one of the larger community publishers. His company, Berkshire Hathaway Inc, bought most of Media General Inc.'s papers for $142 million this week, giving his conglomerate 17 daily and 46 weekly newspapers. Buffett said he made the deal because "there is no more important institution than the local paper" in small communities, and most of the newspapers his company bought serve small communities. He told shareholders he still views newspapers "as the primary source for local information," Reuters reports.

The deal gives Berkshire Hathaway subsidiary BH Media Group newspapers in the Southeast, including the Richmond Times-Dispatch, and three other Virginia papers: The News & Advance, New Era-Progress and Nelson County Times. Most of the papers acquired by the company are in Virginia, North Carolina, South Carolina and Alabama, reports The News & Advance, of Lynchburg. Last year Buffett bought the Omaha World-Herald, for which he was one a paperboy. He also owns the Buffalo News and is a major shareholder of The Washington Post Co. For the World-Herald's story, with a list of the daily papers being bought, go here.

Benchmark Capital analyst Edward Atorino told Reuters that "Berkshire Hathaway is clearly taking a vote of confidence in small-town local newspapers" because they didn't buy Media General's struggling Tampa Tribune, which is a large daily in a limited competition with the foundation-owned Tampa Bay Times, formerly the St. Petersburg Times.

It may seem hard for some to understand Buffett's investment in what many have said is a dying industry, but Jeff John Roberts of Paid Content says the deal makes a lot of sense for Buffett, who will make much money from the deal. The deal establishes a loan and credit line to Media General in which Berkshire Hathaway will earn 10.5 percent, and Roberts says the lack of competition, both in print and online, for small community newspapers keeps them profitable. (Read more)

UPDATE, May 21: Channeling Bill Freehling in the Free-Lance Star of Fredericksburg, Va., and others, Andrew Beaujon of the Poynter Institute gives other reasons for Buffett's purchase, and those of newspapers by other wealthy people.

The news was greeted with enthusiasm in Bristol, Tenn.-Va., where the Bristol Herald Courier won the Pulitzer Prize for public service in 2010. Virginia-side City Manager Dewey Cashwell told the paper, "This is like Zeus coming down from Olympus." (Read more)
Written by Ivy Brashear Posted at 5/18/2012 11:37:00 AM