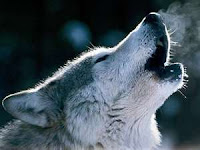 The federal government removed wolves from the endangered species list last year, and since then mostly Western state governments have devised plans to reduce what they see as oversized wolf populations within their borders. Now Wisconsin's newly minted wolf-hunting season is in its third week, and Minnesota is scheduled to start its first wolf season this weekend. But opponents say these and similar measures could reverse at least 40 years of work to restore Western wolf populations.

Wolves have been causing problems again for ranchers, prompting the hunting seasons, Steven Yaccino of The New York Times reports. Wisconsin awarded 1,160 wolf-hunting permits and capped the harvest at 201 kills, or about a quarter of its wolf population. There are 3,600 licenses available in Minnesota, which would allow 400 wolves to be killed. That would reduce the state's wolf population by about 15 percent. Animal-rights groups argue the kill quotas don't account for other ways wolves can die, including poaching, and killings by ranchers protecting their herds. They say those additional causes of death could put wolves back at risk of extinction.

"Since the wolf hunt began last month, at least 42 have been killed in Wisconsin. All told, officials expect 600 wolves will die at the hands of hunters and trappers in the two states before spring," Yaccino reports. There was a time when ranchers and the governments paid people to kill wolves because there were so many. By the time they became protected, they were nearly extinct. But now wolf numbers have grown to 4,000, and have exceeded recovery goals in the western Great Lakes area. (Read more)
Written by Ivy Brashear Posted at 11/05/2012 01:08:00 PM