Will D. Campbell, white preacher from the rural South who campaigned for civil rights, dies at 88 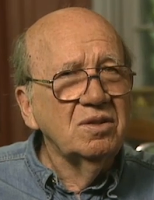 The Rev. Will D. Campbell, one of the few rural Southern white leaders in the civil rights movement, died Monday night in Nashville. He was 88 and suffered from complications of a May 2011 stroke. "Campbell was a significant voice for integration ... while at the same time ministering to those who were against it," notes The Tennessean. One of his more famous quotes was, "Jesus died for the bigots as well." (Tennessean image)

The native of rural Mississippi "was a civil rights advocate who drank whiskey with Klansmen, a writer who layered fact and fiction, and a preacher without a church who presided at weddings, baptisms and funerals in homes, hospitals and graveyards for a flock of like-minded rebels that included Johnny Cash, Willie Nelson, Dick Gregory, Jules Feiffer and Studs Terkel," Robert McFadden writes for The New York Times. "Most of his scattered 'congregation,' however, were poor whites and blacks, plain people alienated from mainstream Christianity and wary of institutions, churches and governments that stood for progress but that in their view achieved little."

Campbell was the only white person the Rev. Dr. Martin Luther King Jr. invited to the meeting that organized the Southern Christian Leadership Conference in 1957, McFadden notes. The same year, he helped black students defy angry crowds to integrate Little Rock Central High School. "In 1961, he counseled and accompanied 'freedom riders' of the Congress of Racial Equality and the Student Nonviolent Coordinating Committee who integrated interstate bus travel at the cost of beatings by white mobs in Anniston, Birmingham and Montgomery, Ala." 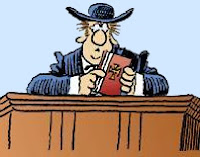 "He was just a do-gooder," former Tennessean editor and publisher John Seigenthaler recalled in a video for the Nashville newspaper. "Wherever he saw a problem, he'd go and he'd try to do good, and there were a lot of places for him to go." He was such a high-profile figure in the South that he was "the model for the Rev. Will B. Dunn (above), the bombastic preacher with the broad-brimmed clerical hat in 'Kudzu,' Doug Marlette’s syndicated comic strip about rural Southerners," McFadden reports.

"His belief that Christ died for bigots as well as devout people prompted his contacts with the Ku Klux Klan, and he visited James Earl Ray in prison after the 1968 assassination of Mr. Campbell’s friend Dr. King," McFadden writes. "He was widely criticized for both actions. In later years, Mr. Campbell campaigned for equal rights for women, gays and lesbians." (Read more)

John Lewis, an organizer of SNCC and now a congressman from Georgia, says in the video, "Will understood early that we were all in the same boat, that we were all victims, we were all sinners."
Written by Al Cross Posted at 6/04/2013 03:39:00 PM