Despite the loss of coal jobs, many career coal miners in Central Appalachia remain in the area 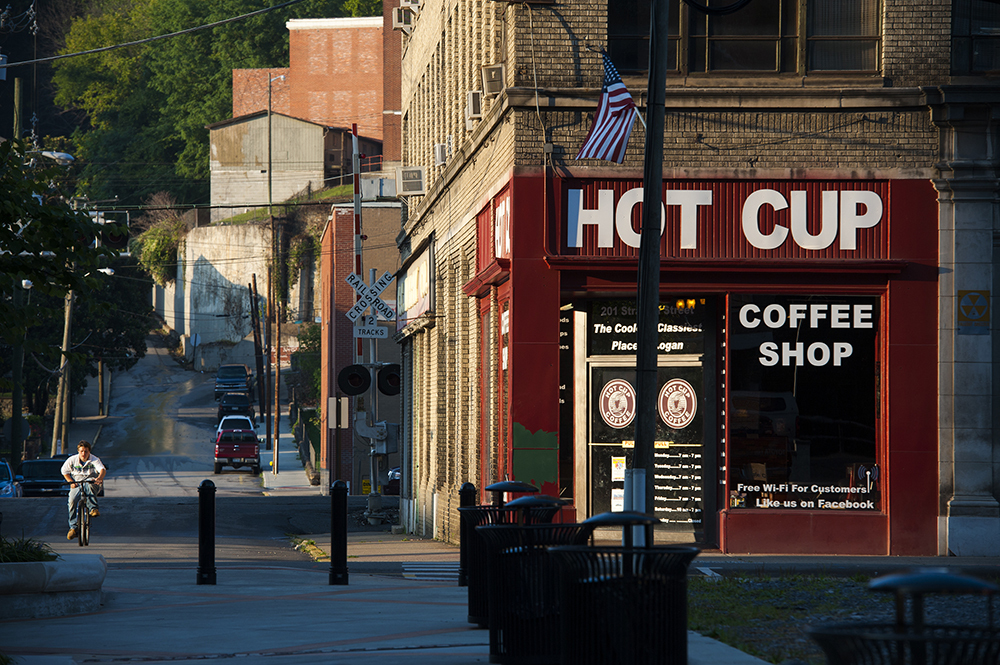 Typically, when a region's economy relies on one source and that source goes belly up, people flee the area for better opportunities. But in Central Appalachian coal country—where the area is in serious economic downfall and coal mining jobs are scarce—only the most desperate are leaving the area, Danielle Paquette reports for The Washington Post. (Post photo by Katherine Frey: The streets of Logan, W.Va. are mostly deserted)

"What’s happening now in America’s coal heartland is not just the typical bust," Paquette writes. "Those in the industry say it’s more dire, potentially permanent, caused at once by declining reserves, a cheaper influx of competing gas and looming environmental regulations. More than 10,000 miners have lost jobs over the past two-and-a-half years in southern West Virginia and Eastern Kentucky, and their plight illustrates how, even amid an economic recovery, certain segments of the workforce are being shut out."

"Miners, modestly educated but accustomed to high pay, are among the hardest group of American workers to retrain," Paquette writes. "They also tend to challenge one of the tenets of economics logic—that people will go elsewhere to find jobs. Even though the economy is growing in northern parts of West Virginia, driven by a natural gas boom, those in the geographically isolated southern parts have shown a tendency to stay put, even if it means sliding toward poverty."

Ted Boettner, executive director of the West Virginia Center on Budget and Policy, told Paquette, “This is where you grew up; you can fish, you can hunt. Land is cheap. Chances are your grandfather owned that property. So leaving that to go somewhere else where you’ll be stuck in Toledo doesn’t sound very attractive.”

The United Mine Workers Association, which until 2012 used its grants from the U.S. Department of Labor to train new miners is now "providing up to $5,000 for miners to finish degrees or pick up new certifications," Paquette writes. "Some have used the money to become $16-per-hour truck drivers, one of the few licenses they can obtain before unemployment benefits run out."

But for career miners like Michael Estep, a lifelong Logan County, West Virginia, resident and a high-school drop-out, that isn't an option, especially after he struggled through a high school equivalency test administered by the UMWA, Paquette writes. "For Estep, the experience reinforced that he couldn’t leave coal mining." And that means he will finally have to leave home if he wants work in the one field in which he's most qualified. (Read more)
Written by Tim Mandell Posted at 8/28/2014 03:30:00 PM

It is unfair how miners have been affected by the strikes and job losses that have happened, but it is good to see that many miners are now being able to take a different career path!