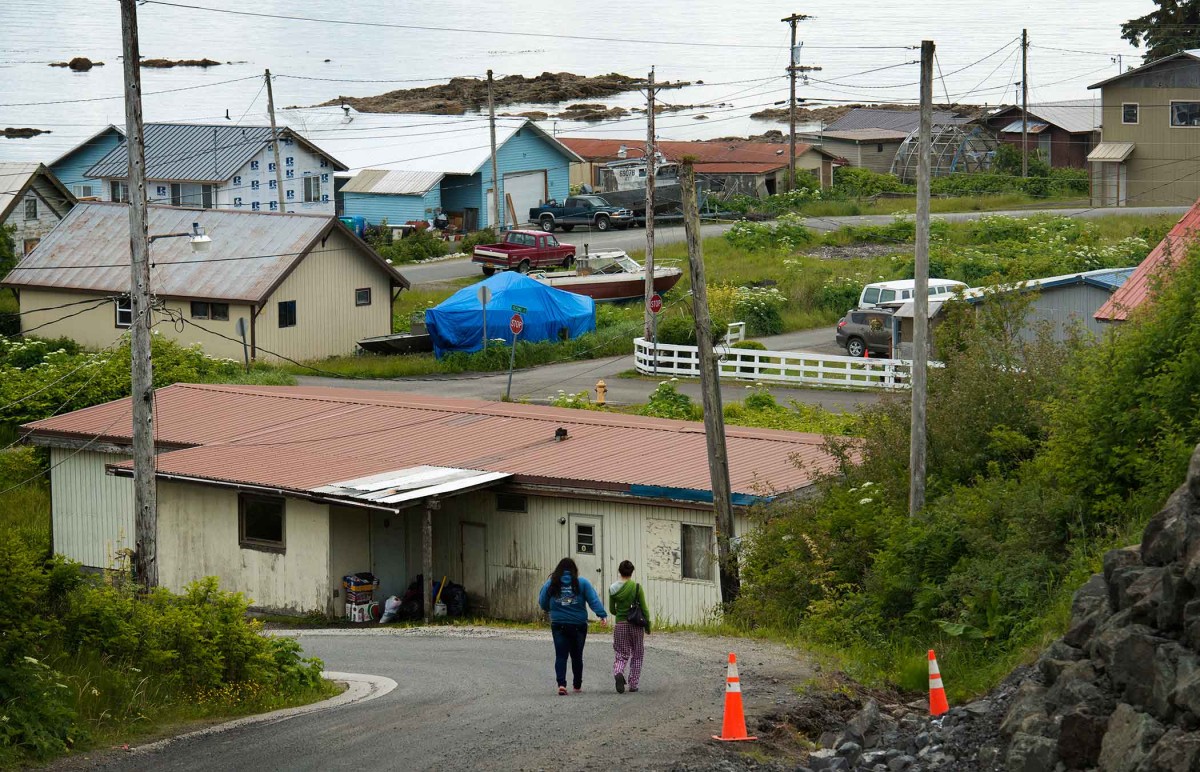 "Rural Alaska has the worst crime statistics in the nation’s Native American communities—and the country," and in some of the towns and villages where there is no local law enforcement, residents believe race plays a large part in slow response times from state police, Sari Horwitz reports for The Washington Post. (Post photo by Linda Davidson: Kake, Alaska)

In February 2013 the dead body of a 13-year-old murder victim in Kake, an isolated community only accessible by air or boat, spent 11 hours in a church, with the body and crime scene being guarded by locals as they waited for police to arrive, Horwitz writes. Local resident Joel Jackson told Horwitz, “They have the capability of flying at night now . . . but still nobody came. And that upset me greatly. When there’s any fishing violation or hunting violation, they’re here in full force—over a dead animal. To have one of our own laying there for [so long] was traumatic for everybody.”

In Alaska there is only about one trooper per every million acres, Horwitz writes. "Getting to rural communities can take days and is often delayed by the great distances to cover, the vagaries of the weather and—in the minds of many Alaska Natives—the low priority placed on protecting local tribes." Locals in one area said when they catch a criminal they lock them in a closet, and in another area, they handcuff suspects to an anvil inside a hut.

Statistics aren't helped much by the fact that there are at least 75 remote Alaska Native villages with no law enforcement, Horwitz writes. "Of the nation’s 566 federally recognized tribes, 229 of them are in Alaska, most in tiny villages with no access by roads."

Associate Attorney General Tony West told Horwitz, “Unfortunately, there are places in rural Alaska that if a woman is raped or a child is beaten, that victim might not get any help whatsoever. It can take a day and a half before responders show up to the scene of a crime or to a call for help. Imagine if you were a victim of violence and you can’t get help because weather conditions don’t allow you to get out of your village. Where are you supposed to go? You have nowhere to go.”

And in places like Kake, where the unemployment rate is 80 percent, and there is no local law enforcement, many criminals have little fear of being arrested, Horwitz writes. And when a public safety officer, known in Alaska as a VPSO, is sent to a town like Kake, they aren't allowed to carry firearms, which doesn't bode well for these poorly trained officers with limited authority working in a state that has one of the nation's highest rate of gun ownership. (Read more)
Written by Tim Mandell Posted at 8/06/2014 03:59:00 PM