The United States is getting older, especially in the Great Plains and parts of the Rust Belt, Danielle Paquette reports for The Washington Post. "Between 1970 and 2010, the U.S. added 100 million more people—but not in these areas of the country, which have seen sluggish population growth, and in some areas, population loss." 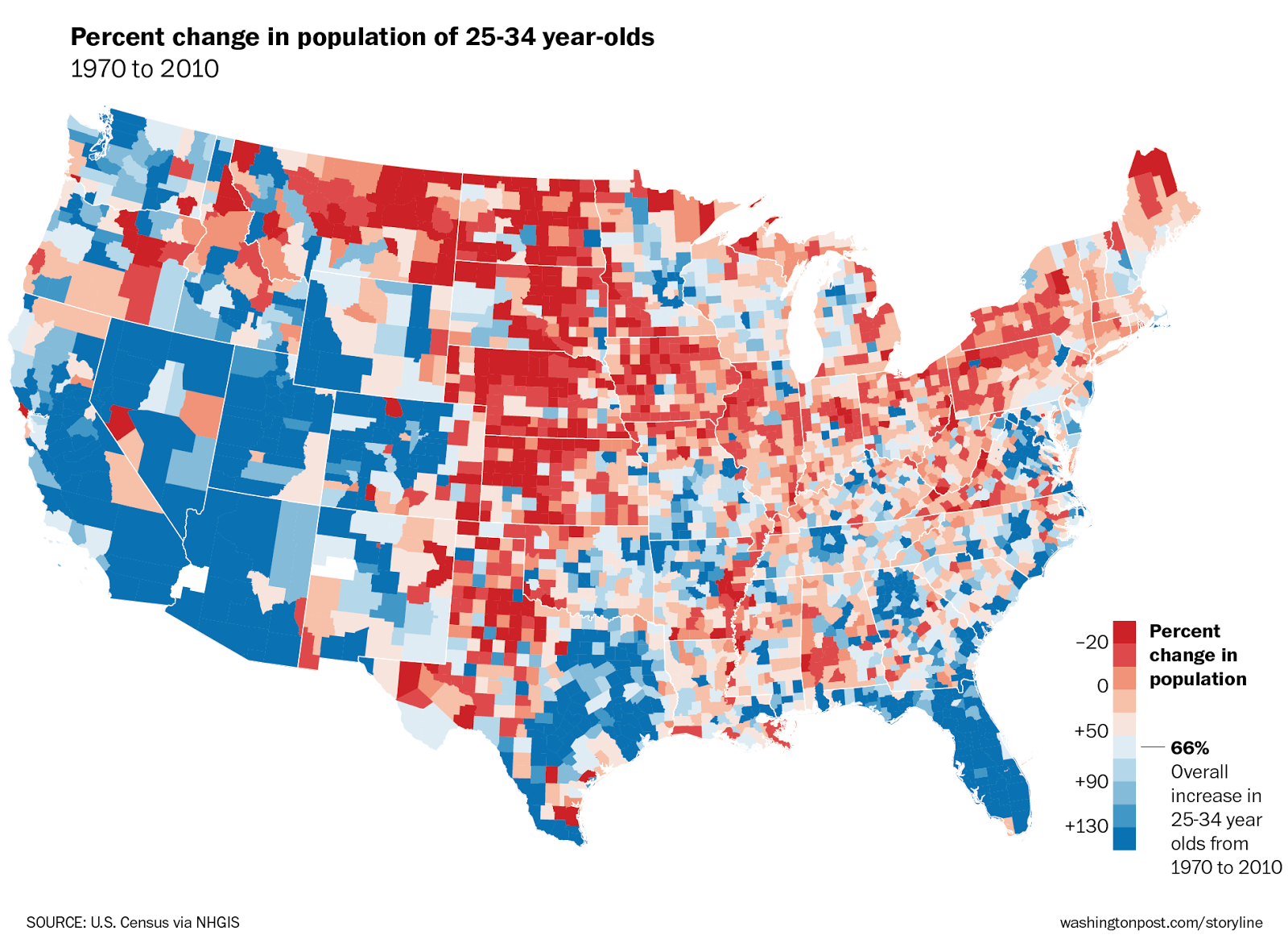 While the report says the share of people 20 to 64 held almost steady over the years, the percentage of young workers—ages 25 to 34—saw a significant drop from 1970 to 2010 in states such as Montana, North Dakota, South Dakota, Nebraska, Kansas and Iowa, Paquette reports. (Post map)
Written by Tim Mandell Posted at 8/26/2014 01:34:00 PM