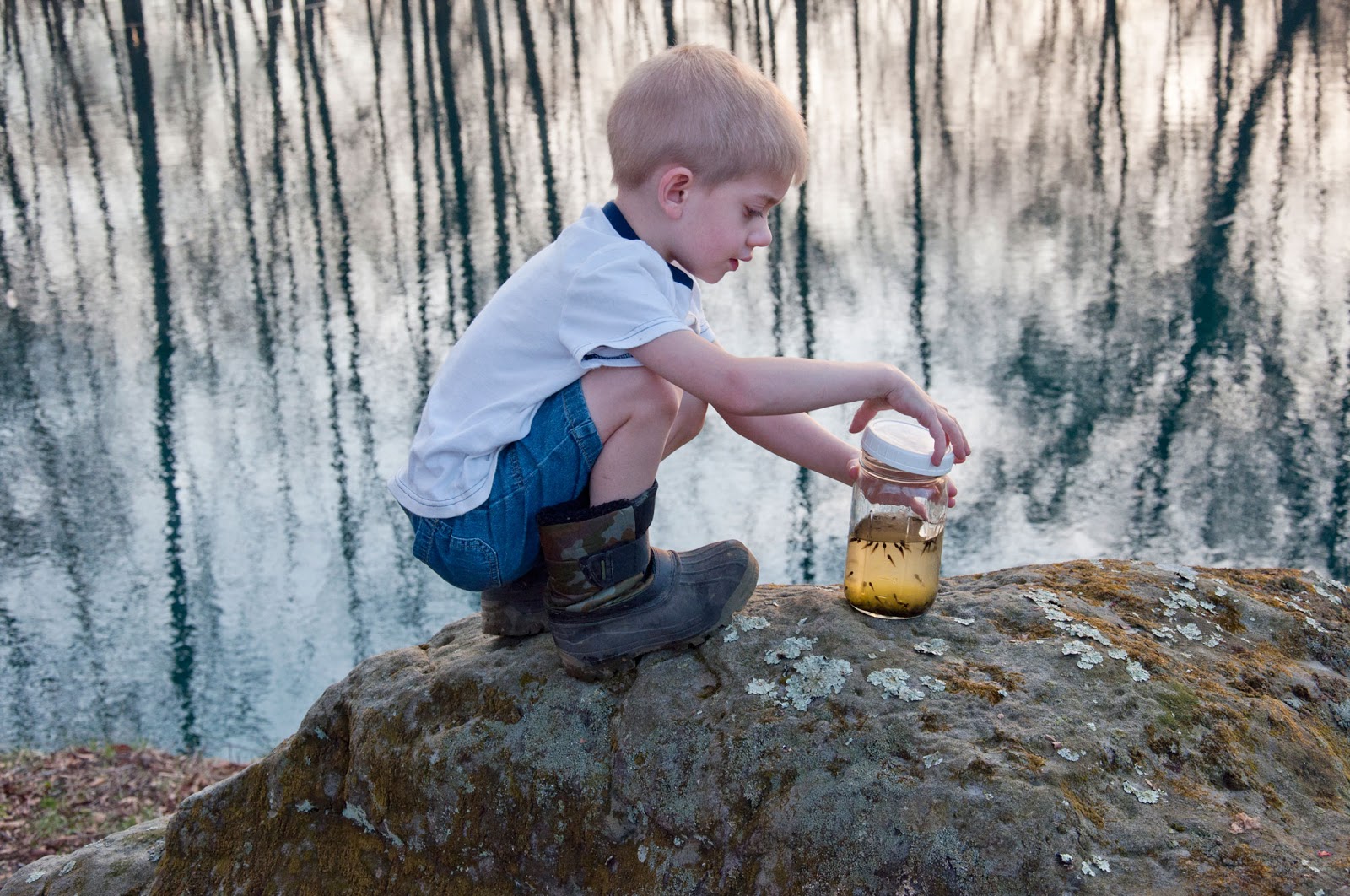 Through a crowdsourced project called Looking at Appalachia, Raleigh, N.C.-based photographer Roger May has set out to break the negative stereotypes about Appalachia that have existed in the 50 years since President Lyndon Johnson declared his "War on Poverty" while on a visit to the region, Becky Harlan reports for National Geographic. (May photo: Preparing to release tadpoles in Hocking County, Ohio)

May told Harland, "It’s important not to overromanticize the region, to not only photograph these wisened mountain mothers and old bearded men who look like they’ve worked with their hands for 60 years. There’s a whole Appalachia that I think has been unreported. One of the things I hoped this project would bring about is a balanced view of a place."

"If you Google 'War on Poverty,' you’ll be inundated with images of Appalachia," May told her. "There are all these photos that circulated in the late ’60s that were used to illustrate the need in pockets of Appalachia. I think they somehow went on to visually define an entire region, however unfair that may be. And they were perpetuated by these other stereotypes, like holler dwellers and moonshiners."

"We started becoming inundated with photographs of broken-down cars and rail-thin kids out gathering coal by hand," May said. "I’m in no way saying those things didn’t happen or weren’t true at some level; it’s just that when Life magazine in January of 1964 published a 12-page spread on Eastern Kentucky, it was pretty heavily embellished with pictures of extreme poverty. I think the word 'shack' was used near half a dozen times in the captions for those images."
Written by Tim Mandell Posted at 2/06/2015 12:45:00 PM