A journalism student and a software engineer student at Louisiana State University have created an app that allows anyone who records or photographs police behavior to immediately upload the videos or photos to be available for media use, Steve Hardy reports for The Advocate in Baton Rouge. 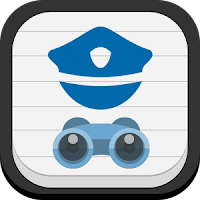 "The POWER app allows users to submit their photos and videos with a summary of what happened, where and when the incident occurred and which law enforcement agency was involved," Hardy writes. Nobles and Bolton noted that not only could the app catch police in the act of suspect activity but also it could also be used to clear an officer wrongly accused of wrongdoing or highlight acts of bravery.

"Nobles and Bolton presented their work last month to judges at LSU’s Manship School of Mass Communication and took home prizes for most successful project and riskiest project at the Social Media News Challenge," Hardy writes.
Written by Tim Mandell Posted at 5/11/2015 04:16:00 PM