The National Oceanic and Atmospheric Administration said last week that there is a 97 percent likelihood that 2015 will be the hottest year on record, eclipsing the record year from 2014, reports The Guardian. NOAA scientists "said man-made global warming and the El Niño climate phenomenon were the cause." 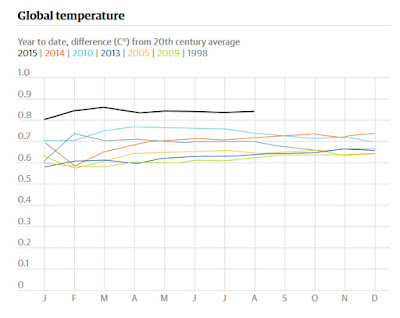