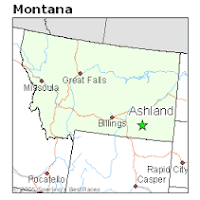 Students in Montana are participating in One Montana's Rural-Urban Student and Entrepreneur Exchange that "connects some of Montana’s largest schools with some of the smallest to help them learn about the state’s business and cultural diversity," Matt Hoffman reports for the Billings Gazette. As part of the program, this week students from St. Labre Indian School in the rural town of Ashland (Best Places map) visited students from urban Billings West High School to stop by "several local establishments to learn about the nuts and bolts—and struggles—of running a business."

At a later date, students from Billings West will visit Ashland, which has a population of 406, Hoffman writes. As part of that trip, students will "learn about local businesses and act as marketing consultants to a new school store operated by St. Labre students. They’ll also participate in an event to learn more about Native American culture." About a dozen schools have either participated in the program or are scheduled to participate. (Read more)
Written by Tim Mandell Posted at 11/12/2015 01:44:00 PM