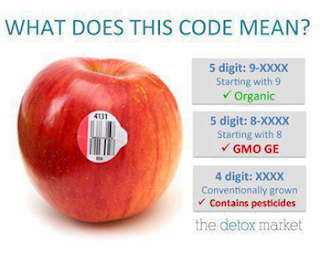 Senate Agriculture Committee Chairman Pat Roberts (R-Kan.) and ranking member Debbie Stabenow (D-Mich.) last week agreed on genetically-modified-food labeling rules that would allow companies to use digital codes, rather than on-package language or symbols, to disclose GMO ingredients, Philip Brasher reports for Agri-Pulse. "The agreement also would use a narrow definition of genetic engineering that would exempt the newest biotech methods such as gene editing from the national disclosure standards." (Detox Market graphic)

"The legislation, which will need 60 votes to pass the Senate, would nullify Vermont's first-in-the-nation GMO labeling law, which takes effect July 1, and would bar any other state from enacting labeling requirements that differ from the federal standards," Brasher writes. "Under the legislation, most food companies would have the option of disclosing GMO ingredients through either a digital, smartphone code, the industry's preference, or through an on-package symbol or language that the Agriculture Department would approve. The code would be accompanied by: 'Scan here for more food information.' Small companies would have the option of putting a phone number or website URL on labels instead of the digital code."

Vermont's law "requires products with biotech ingredients to be labeled as produced or partially produced with genetic engineering," Brasher writes. "The definition of genetic engineering, or 'bioengineering,' would be restricted to traits developed through recombinant DNA techniques, which involve transferring a gene from one organism to another. Techniques such as RNA interference and gene editing would be exempt."

In anticipation of Vermont's law "many large food companies, including Campbell Soup Co., Kellogg's and General Mills, have already begun labeling some of their products," Peggy Lowe reports for NPR. " Roughly 75 percent of processed foods in the U.S. contain genetically modified ingredients, according to estimates from the Center for Food Safety."
Written by Tim Mandell Posted at 6/27/2016 09:43:00 AM