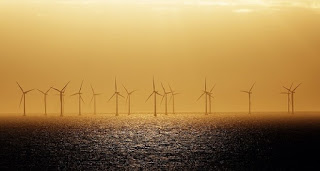 "The turbines would be placed about 30 miles offshore, putting them over the horizon and out of view of land," Eltman writes. "The project would produce enough energy to power approximately 50,000 homes in the Hamptons. Deepwater’s proposal also includes plans to build two new battery energy storage facilities. The facilities will consist of lithium-ion battery technology designed and installed by General Electric; they will be used when LIPA is facing peak demand for electricity." (Read more)
Written by Tim Mandell Posted at 7/18/2016 09:35:00 AM