For more than 40 years, former nun from New York has helped communities in Appalachia 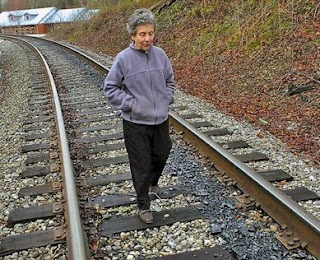 "Marie Cirillo came to Appalachia 43 years ago to help educate locals and give them job skills after deciding she couldn't do it as a Catholic nun in the Midwest. The 80-year-old Brooklyn, N.Y., native remains a community developer here three generations later, having influenced natives as well as a president's daughter," Georgiana Vines writes for the Knoxville News-Sentinel.

Caroline Kennedy, who worked on a 1973 video project with Cirillo in Tennessee's narrow Clearfork Valley, east of Interstate 75 and just south of the Kentucky border, told Vines simply, "She's a saint." We agree, and no short blog item can do justice to the work she has done. Read the story. (News-Sentinel photo by Amy Smotherman Burgess)
Written by Al Cross Posted at 3/29/2010 10:14:00 PM