Study: Single docs and married ones with highly-educated spouses less likely to work in rural areas 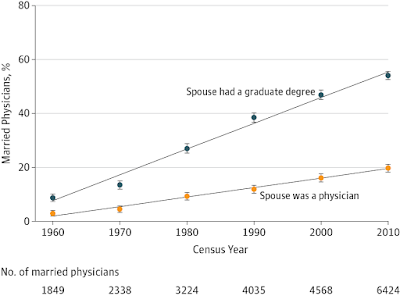 Montana State University nursing professor Peter Buerhaus, co-author of the study, told MSU: “Other recently published studies show that nurse practitioners are more likely than physicians to practice in rural areas and underserved areas. Because people living in these areas are nearly three times more likely to have inadequate access to primary care, policy makers need to broaden their approach and consider increasing the number of nurse practitioners as a means to provide health care to these populations."

"Using nurse practitioners, physician assistants, tele-health care, changing the way care is delivered by organizations and by teams of clinicians and non-clinicians, locating medical schools in rural areas, and exposing physicians and nurses to rural health early in their education, all are needed to overcome the persistent problem of inadequate access to primary care," he said.
Written by Tim Mandell Posted at 3/02/2016 11:57:00 AM