About 33 children are injured every day in agricultural-related accidents and one child dies every three days, according to the 2017 fact sheet on childhood agricultural accidents by the National Children's Center for Rural and Agricultural Health and Safety in Marshfield, Wis. One-fourth of all fatalities involved machinery, 17 percent motor vehicles, including ATVs, and 16 percent were drownings. Among working youth, tractors and ATVs were the leading cause of death. 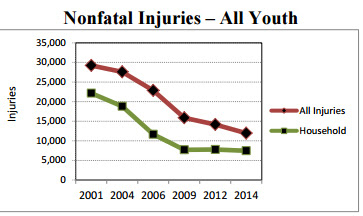 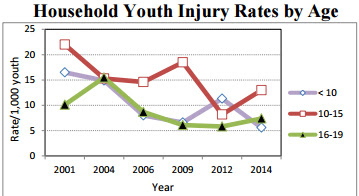 The National Children's Center found that the overall number of farm injuries are declining, injuries to household youth have remained steady, but injury rates increased among household youth on farms in 2014 for ages 10-19. Research found that "from 2003 to 2010, among workers younger than 16 years, the number of worker fatalities in agriculture was consistently higher than in all non-agricultural industries combined."
Written by Tim Mandell Posted at 4/11/2017 12:13:00 PM