More than one-third of Americans are opposed to freedom of the press when it comes to stories concerning national security, says a poll by the University of Pennsylvania's Annenberg Public Policy Center, which also found that many Americans know surprisingly little about the U.S. government, Christopher Ingraham reports for The Washington Post. 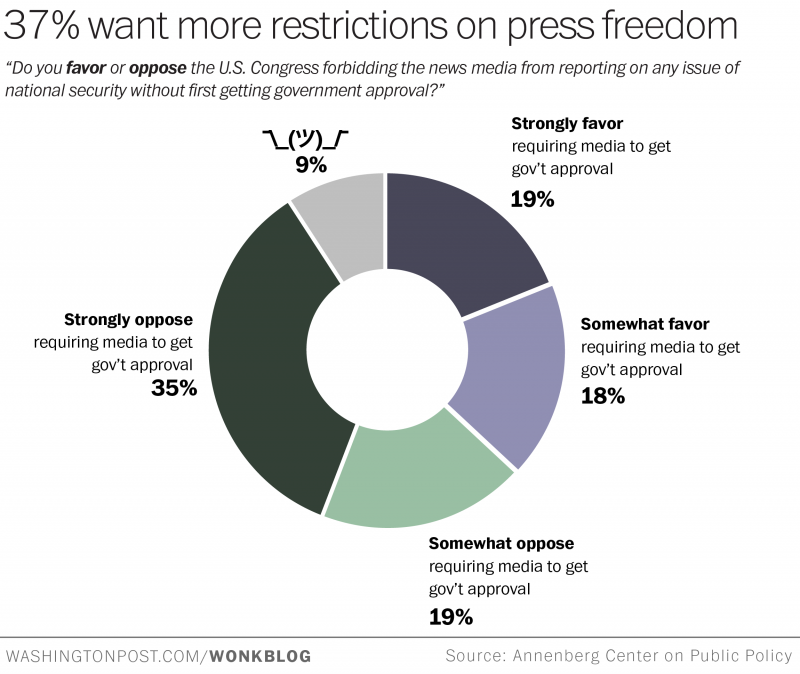 Those numbers pale in comparison to the lack of knowledge Americans have about the government, with 35 percent of respondents unable to name even one branch of the U.S. government. Only 27 percent know it takes a two-thirds vote of the House and Senate to override a presidential veto, and 21 percent incorrectly believe a 5-4 Supreme Court decision is sent back to Congress for reconsideration.

As for current politics, 44 percent said they had no idea which party controls the House, and 17 percent incorrectly answered Democrats. Asked the same question about the Senate, 42 percent said they did not know what party was in control, and 20 percent incorrectly said Republicans. (Read more)
Written by Tim Mandell Posted at 9/19/2014 12:38:00 PM