Even though Obamacare has insured millions, rural hospitals still struggling to remain open 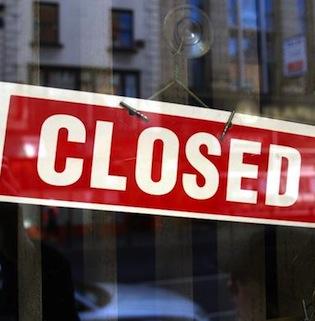 The main goal of federal health reform was to ensure that uninsured Americans would be able to find affordable insurance. But some rural hospitals, especially in states that chose not to expand Medicaid, have struggled to remain open, with 24 rural hospitals closing since 2013, Robin Respaut reports for Reuters. Almost all of those hospitals were in states that did not expand Medicaid. (Atlanta Business Chronicle photo: Charlton Memorial Hospital in southeast Georgia closed last year)

"Investors are being warned of the change," Respaut writes. "Standard & Poor's Ratings Service in August concluded that the nonprofit hospital sector is 'at a tipping point' from the drop in the number of patients cared for. Moody's Investors Service reported hospital revenue growth and operating margins are at all-time lows. Fitch Ratings wrote that the Affordable Care Act has accelerated the transition of patients out of the hospital and into clinics by tightening reimbursements and emphasizing technology."

Mark Claster, president of investment firm Carl Marks & Co. and chairman of the North Shore-Long Island Jewish Health System board of trustees, told Respaut, “There is a big transition happening. I don't think smaller hospitals are prepared, and I don't think they can be. I don't think they have the economic wherewithal.”

Even in states that did expand Medicaid, rural hospitals are facing serious hurdles. Kentucky state Auditor Adam Edelen said "that Medicare and Medicaid reimburse hospitals at below the cost of providing care, with the expectation that they will make it up from private payers, but such payers are in short supply at many rural hospitals because the economic recovery is 'nonexistent in rural areas,'" Molly Burchett and Melissa Patrick report for Kentucky Health News, a service of the Institute for Rural Journalism and Community Issues, which also publishes The Rural Blog.

"Some rural hospitals are expressing concerns about the expanding Medicaid rolls under the Patient Protection and Affordable Care Act, but Edelen said in the interview that most of the complaints he heard are about Kentucky’s move to put Medicaid under managed care in 2011," Burchett and Patrick write. "He said in Bowling Green that Kentucky rolled out in six months what should have taken 18 months, creating a 'extraordinarily complex' and costly Medicaid system that still has no-pay and slow-pay issues. Then came the PPACA, generally known as Obamacare, creating an unprecedented level of complexity."

"The extra administrative overhead is particularly difficult for small hospitals and health-care providers, he said, and payment disputes with managed-care companies can be existential threats to community hospitals with small cash reserves," Burchett and Patrick write. Edelen told KHN, "We've got a number of hospitals in Kentucky who have less than 15 days of cash reserves. One hospital in particular told me that leaders meet weekly to figure out about who's getting paid and how much just to keep the doors open. . . . County officials are afraid they are going to lose their hospital, while the Cabinet [for Health and Family Services] says all is well. What's the good of having everybody insured if there's no one to provide care?" (Read more)
Written by Tim Mandell Posted at 9/22/2014 02:18:00 PM