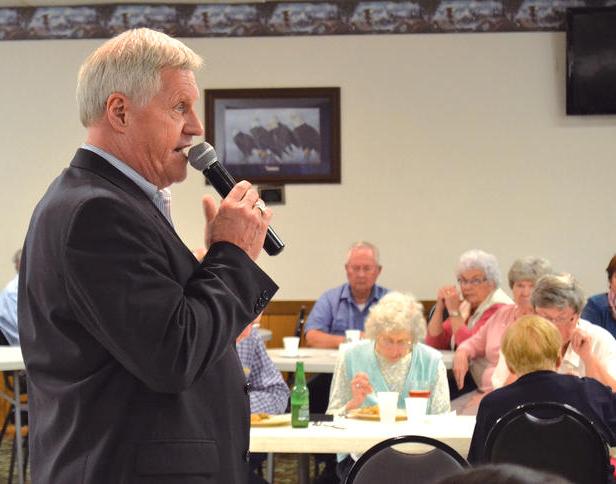 Several issues are already weighing heavily on upcoming elections, including candidate's stances on gun control and the Farm Bill. A new issue gaining steam is the Environmental Protection Agency's proposed water rules, which are mostly unpopular among Republicans and the agricultural industry, with the GOP-led House voting to block the rules. Many fear the rules will expand EPA's jurisdiction. The agency denies that claim. (Bemidji photo by Zach Kayser: Minnesota Rep. Collin Peterson speaking Monday at a fundraiser)

But some campaigning Democrats are also beginning to publicly speak out against the rules. Farm Policy has highlighted a Minnesota Democratic candidate who used a fundraising event to express his opposition to the proposed rules.

Rep. Collin Peterson told supporters he is against the rules, Zach Kayser reports for The Bemidji Pioneer. Peterson said, “I’m on two bills to get rid of it. I sent a letter over to . . . the EPA telling them to withdraw the rule, and I voted to get rid of it just the other day.” He said while the rule has good intentions, it is confusing. He said, "The EPA, I think their heart is in the right place, but they don’t know what they’re doing." (Read more)
Written by Tim Mandell Posted at 9/25/2014 05:09:00 PM