The U.S. is becoming more racially and ethnically diverse. And not just in cities. Rural America is seeing an influx of immigrants as the country experiences a second wave of immigration, Greg Toppo and Paul Overberg report for USA Today. "The first, which stretched from the 1880s to the 1920s, coincided with the opening of Ellis Island and the social and political transformation of the nation. The people in this second wave, arriving roughly since 1970, are more likely to be middle-class and, because of improved transportation and technology, can assimilate more quickly."

USA Today has created a county-level Diversity Index to calculate the chance that two random people are different by race or ethnicity, Toppo and Overberg write. The index went from 20 in 1960 to 40 in 1990 to 55 in 2010 and is projected to rise to 70 by 2060, meaning there will only be a 30 percent chance that two random people next to each other will be the same race or ethnicity. 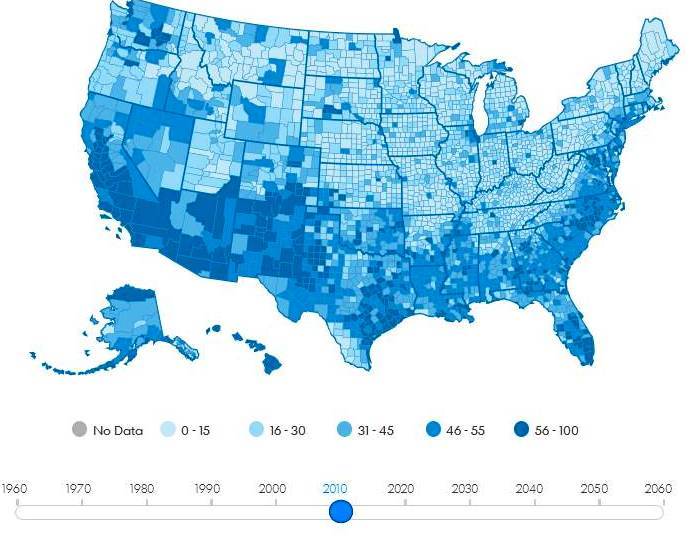