Many states with large rural populations are not energy efficient, state-by-state study says

"Massachusetts has led the country in energy efficiency for four years in a row, mainly because the state has begun to save energy by setting annual electricity savings targets of up to 2.6 percent through 2015 and natural gas savings targets of up to 1.2 percent per year through 2015," Magill writes. "States at the bottom of the list have not made energy efficiency a priority." (Read more) (ACEEE map: Energy efficient rankings by state. To view an interactive version click here) 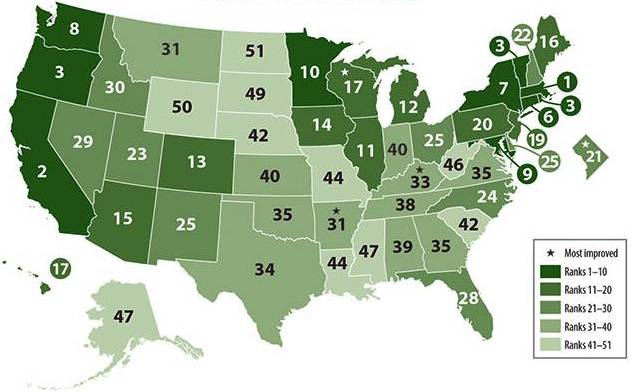