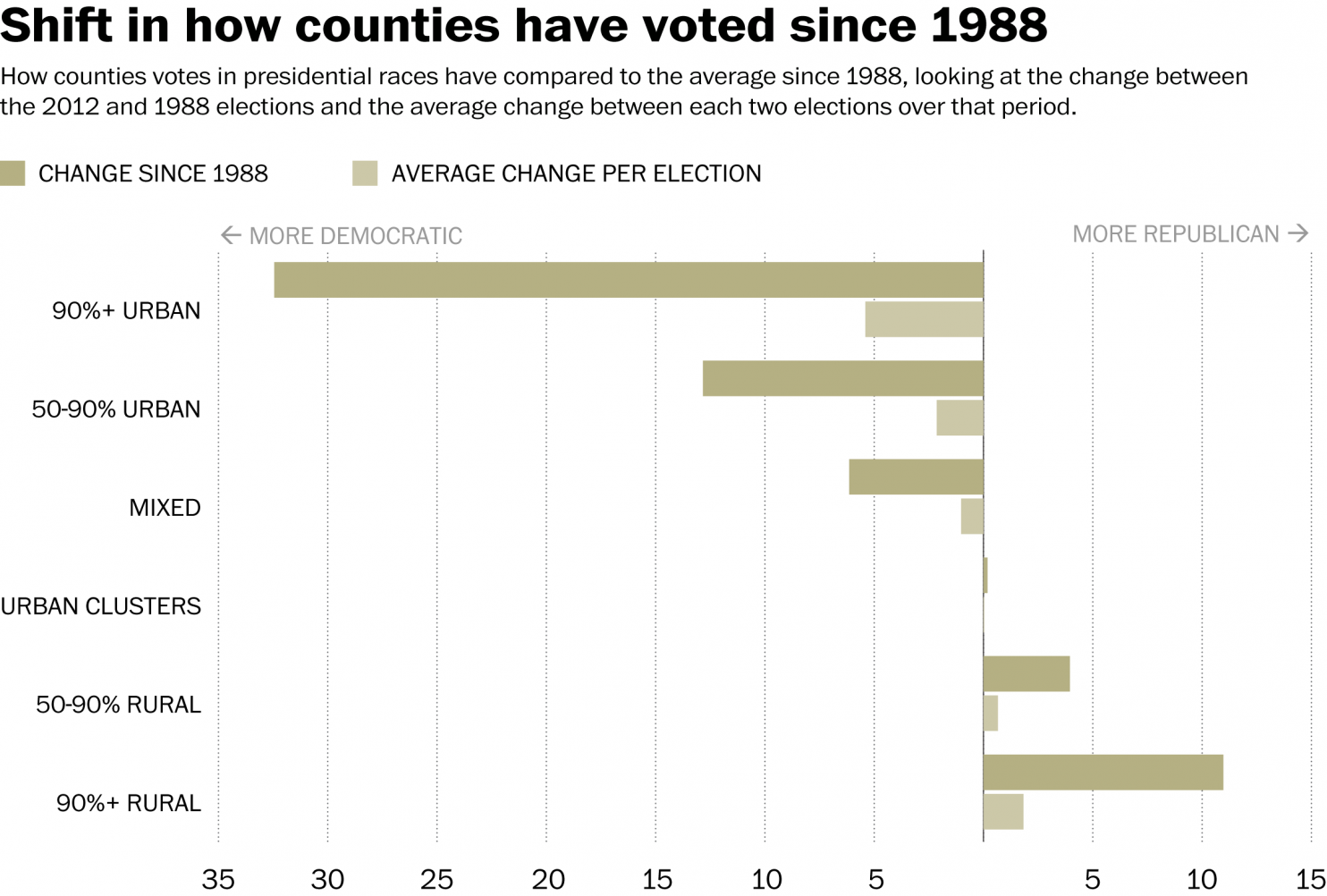 Urban areas are more likely to vote Democrat, while rural areas are more apt to support Republican candidates, reports Philip Bump for The Washington Post, which has created county-level maps and graphics detailing rural vs. urban populations and how they voted in the 1988-2012 presidential elections. Counties where the population is at least 90 percent urban "were 32 percentage points more Democratic in their voting than the average," while counties that are 90 percent rural "were about 11 percentage points more Republican—shifting right an average of two percentage points each election." (Post graphic)

"If you plot every county's urban-versus-rural divide by the per-election average change in the vote, the pattern is clear," Bump writes. More urban areas have been voting more Democratic. "The national average of all counties in presidential elections has become more Republican than the overall vote because there are more rural counties—but fewer rural voters." (Read more)
Written by Tim Mandell Posted at 10/22/2014 03:27:00 PM