Final chapter in giant coal-slurry spill? 77 lines are still secret, but cause is revealed, journalist says

A journalist's latest and probably final attempt to get information about now-defunct Massey Energy's gigantic coal-slurry spill in 2000 was denied by a federal judge in Washington, Aaron Mackey of The Reporters Committee for Freedom of the Press reports. District Judge James Boasberg, an Obama appointee, ruled that 77 lines of redacted material should remain confidential, to shield internal government deliberations and protect the individual employees' privacy. Boasberg said the public interest in disclosure did not outweigh the individuals' privacy interest. 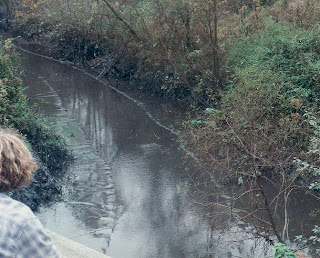 Ellen Smith, editor of Mine Safety and Health News, has spent eight years seeking documents from the investigation of the accident that polluted more than 100 miles of streams in and downstream from Martin County, Kentucky, with 300 million gallons of toxic slurry. (Photo of Wolf Creek by Dave Cooper) It was the largest environmental disaster in the southeastern U.S. until the BP oil-well blowout. After Smith filed two separate Freedom of Information Act requests, the government provided more documents, including previously redacted pages from a report by the Department of Labor's inspector general report. With only 77 lines remaining redacted, Smith hoped this lawsuit would grant access to that information, Mackey reports.
While she was disappointed with the decision, she was pleased to get the report with fewer redactions, Smith's attorney, Drew Shenkman, told Mackey. Shenkman added, "We obviously are looking for all information to be released. But through this lawsuit we were able to uncover the precipitating factor for why this disaster occurred," federal officials' approval of what Mackey calls "inadequate measures to secure the reservoir," which broke into an abandoned mine below. (Read more)
Written by Deloris Foxworth Posted at 7/28/2011 01:06:00 PM