Thieves stealing from farms better beware—they're being watched. Across the country a new wave of neighborhood watch groups are popping up in farming communities, led by groups that mostly rely on technology to recover stolen equipment and report crimes, Jim Carlton and Tony Dreibus report for The Wall Street Journal. Watch groups "have sprouted as agriculture-related crime, primarily theft, has soared in some rural areas over the past few years due in part to the fragile economy and high jobless rates, putting a further economic squeeze on farmers and ranchers. (WSJ photo by Matt Whittaker: Posting a farm watch sign in Hilmar, Calif.)

In "California's Fresno County—the U.S.'s biggest farm county by revenue—thieves took $1.1 million worth of metal from agricultural lands in 2013, nearly four times the total stolen in 2009, according to estimates by the Fresno County Sheriff's Office," Carlton and Dreibus write. Nearby Hilmar, with a population less than 5,000, began a neighborhood watch group in 2011 after a rash of thefts. Today, the group has more than 3,000 members connected through Facebook and email."

Colorado has a group called Ranch Watch, which "assigns an identification number that is posted at the entrance to a ranch or farm," Carlton and Dreibus write. "The number is linked to the property owner's name, address and phone number, making it easier for law enforcement and others to contact the owner if they see anything suspicious."

Greene County, Missouri, has a program called Citizens On Patrol, where volunteers "receive 40 hours of training before they patrol in pairs in marked cars," reporting suspicious activity to law-enforcement dispatchers, Carlton and Dreibus write. The group has about two dozen volunteers, but is expected to double in size. (Read more)

Sheriff Jeff Box of Dyer County, Tennessee (Wikipedia map), announced last week the formation of a farm watch program "pairing his deputies with farmers to create the farm watch. The program will use the watchful eye of fellow farmers, surveillance cameras, and other technology to stop agriculture crimes," Justin Hanson reports for WMC-TV in Memphis. "The sheriff says the cost of crime in rural and agricultural communities, like Dyersburg, is estimated to be around $5 billion each year." (Read more)
Written by Tim Mandell Posted at 3/18/2014 12:32:00 PM 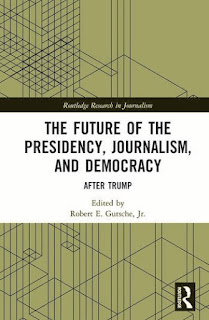