Voters in Denton, Texas, and Athens, Ohio, approved fracking bans on Tuesday, while similar measures were shot down in Ohio towns Gates Mills, Kent and Youngstown. A fracking ban was also passed in San Benito County, California. Fracking bans were leading in Mendocino County, California, but appeared to be defeated in Santa Barbara County. Fracking is not currently taking place in any of those three counties, and no oil producers have as yet expressed interest in doing so. 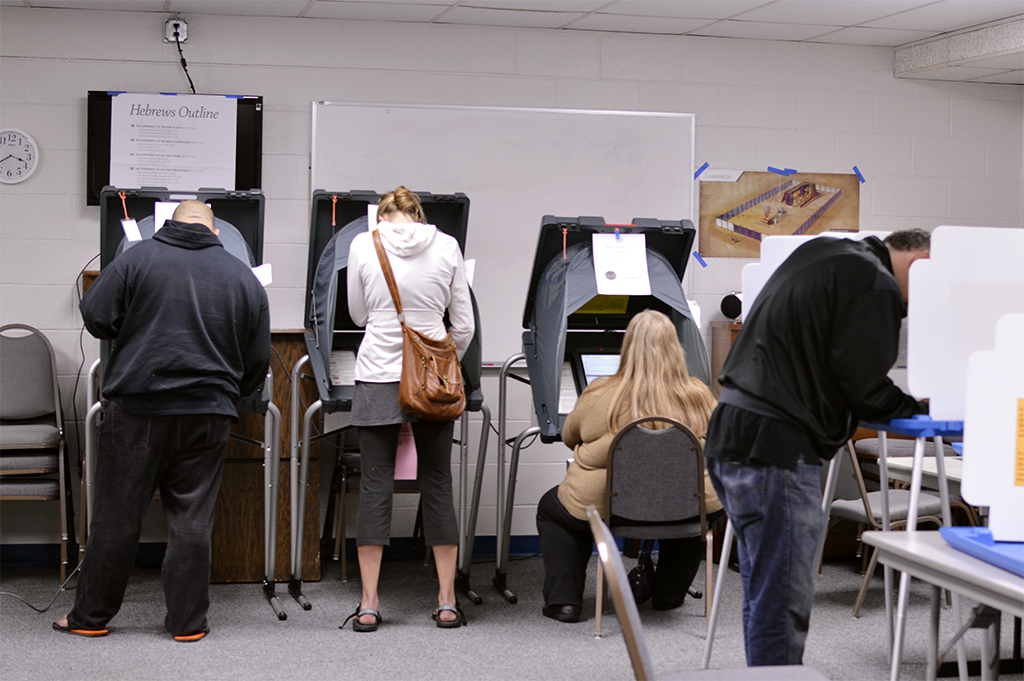 Nearly 59 percent of voters in Denton voted in favor of the measure, making the town of 123,000 the first in the state to ban fracking, Jim Malewitz reports for The Texas Tribune. "The ban’s passage will almost certainly trigger litigation, with energy companies and royalty owners arguing that state drilling regulations trump Denton’s and that the city was confiscating mineral rights, which have long been dominant in Texas law." (KERA News photo: Voters in Denton, Texas)
"The Denton measure does not technically prohibit drilling outright; it would apply only to fracking, which involves blasting apart rock with millions of gallons of chemical-laced water hauled in by trucks," Malewitz writes. "But opponents of the ban say it would make gas beneath the city too difficult to profitably tap–amounting to a drilling ban."

Ohio "sits on top of the Utica Shale formation, where natural gas production has grown eightfold since January 2012, to 1.3 billion cubic feet a day as of September, according to the U.S. Energy Information Administration," Dan Molinski and Leslie Eaton report for The Wall Street Journal. "Proponents of the local Ohio proposals argue that fracking in residential areas could cause health problems and taint drinking water supplies. Opponents, including the oil and gas industry and some local government and union officials, have said the proposals are too broad and could hurt job growth."

Early returns had the fracking ban in Mendocino County receiving 64 percent of the vote and on its way to passing, Adam Randall reports for the Daily Journal News. As of 10:30 p.m. local time, the measure had 5,254 voters who said yes and 2,958 voters who said no.