Fracking advocates quickly responded to Tuesday's vote in Denton, Texas, banning the practice. By Wednesday morning "the Texas Oil and Gas Association and the Texas General Land Office had filed lawsuits to prevent the city from enacting the ordinance in 30 days," James Osborne and Marissa Barnett report for The Dallas Morning News. The case is expected to end up before the state Supreme Court. 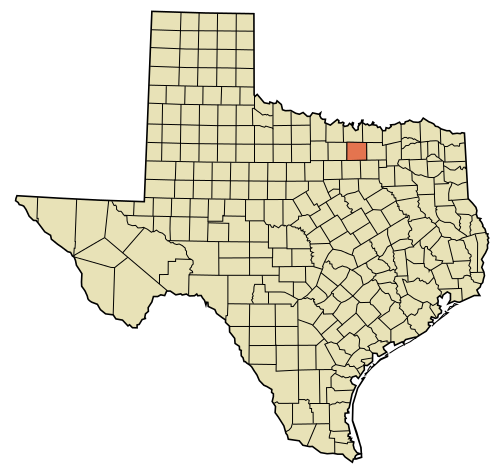 "The question now is whether Texas, the unofficial home of the U.S. energy industry, will allow a town in one of its richest natural gas fields, the Barnett Shale, to buck the industry, Osborne and Barnett write. The lawsuits "argued that the ban was illegal under Texas law, which gives authority to the state not only to regulate the oil and gas industry but also to ensure resources are fully exploited." (Wikipedia map: Denton, Texas)

Tom Phillips, an attorney representing the oil and gas association and a former chief justice of the Supreme Court of Texas, told the Morning News, "No locality has the power to say this activity is not going to take place within our limits."