County-level data shows that rural jobs appear to be making a comeback, with 232,000 more rural jobs in April 2015 than April 2014, says the Bureau of Labor statistics. Those same counties had 330,000 fewer jobs in January 2015, compared to January 2014, Bill Bishop reports for the Daily Yonder. 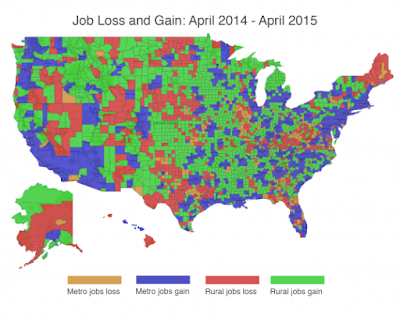