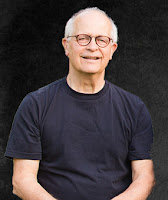 Rollin M. “Pete” McCommons, editor and publisher of Flagpole magazine in Athens, Ga., is the namesake and first recipient of an award for distinguished community journalism from the University of Georgia's Grady College of Journalism and Mass Communication. The school plans to present the award annually, thanks to an endowment funded by friends of McCommons.

The award will recognize "the best in community journalism, as represented by small- to medium-sized daily and weekly news organizations who provide exemplary service to their communities," the school said in announcing the award.

Charles Davis, dean of the college, said, “Pete McCommons is an Athens journalism institution, the man who gave the Athens Observer its verve [after co-founding it in 1974] and who created Flagpole as an important countercultural voice of progressivism in the city. His unflagging spirit, his devotion to Athens and to journalism make him the ideal namesake for this new award.”

McCommons has been publisher of Flagpole since 1994. He recently published his first book, Pub Notes, a collection of his Flagpole columns of the same name. In his latest, he thanked the college and those who endowed the award and said, "After almost 50 years making up community journalism as we go along, getting this award from the Grady College is like being certified. It is huge."
Written by Al Cross Posted at 3/07/2018 08:11:00 PM