Maps show spread of covid-19 to rural and Trump counties

The coronavirus initially hit large urban areas, most of which went for Hillary Clinton in 2016. "However, covid-19 is continuing to spread to more parts of the country; since late April, counties with a high prevalence of cases have transitioned from 'blue' America to 'red,' where arguments for immediate reopening have been more pervasive," William Frey reports for Brookings.

"Clearly, the demographic attributes of the most recently identified high-prevalence counties are more favorable to Trump, given his popularity in smaller and rural areas and among white voters," Frey reports. Here's a Brookings map showing how high-case counties increasingly became more common in rural areas: 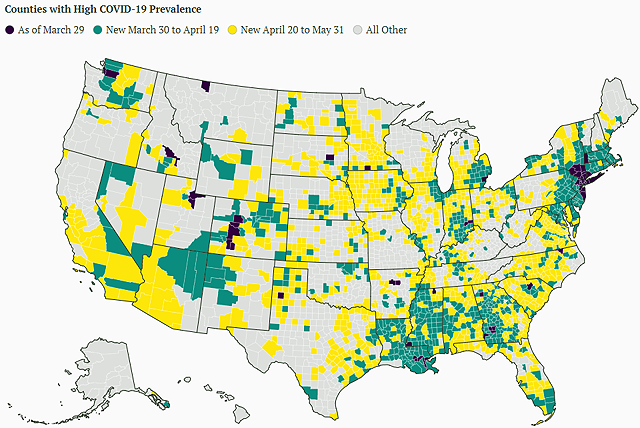