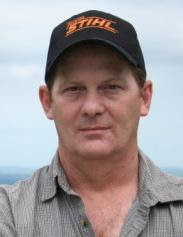 Charles Scott Howard is an underground coal miner who earned the reputation of "whistleblower" in Letcher County, Kentucky, for his refusal to allow any activity that might endanger himself and his fellow miners while underground to go unchecked. For this conviction, the 30-year mining veteran has been disciplined, fired and "branded a troublemaker" for going above his superior's heads to report safety violations.

Perhaps his most famous safety violation report came four years ago when he testified to the federal Mine Safety and Health Administration, reports Dave Jamieson of the Huffington Post. This particular hearing concerned mine seals which were intended to avoid explosions. Howard showed the panel of MSHA officials a video of mine seals from the mine in which he was working at the time, owned by Cumberland River Coal Co. The video showed mine seals that were cracked to the point where water was coming through them. MSHA immediately sent inspectors to the mine. (Photo by Jamieson)

Jamieson reports that Howard abides by his personal code of "safety first" at great personal risk. He has filed five whistleblower-discrimination complaints against his company in five years. He's lost his job twice allegedly because of his safety complaints and had to be reinstated to work by a federal judge both times. However, he never loses his lawsuits, Jamieson writes; he either wins or settles, and only the latter reluctantly. (Read more)
Written by Ivy Brashear Posted at 9/19/2011 09:29:00 AM