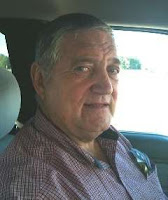 aker, left, first administrator of the Grain Inspection, Packers and Stockyards Administration, in the Clinton administration, tells Agri-Pulse that he disagrees with the Obama administration's proposed rules to eliminate unfairness among livestock and poultry producers by meatpackers. (Photo from Agri-Pulse)

Baker, who was a sale-barn operator and cow-calf producer for more than 40 years, said the proposal would take ranchers back to the days before incentives were paid for better quality cattle. "If you have dang good cattle, you want to take advantage of the grid program. It's just a marketing tool," he told Agri-Pulse, a Washington-based newsletter.

Baker said the Packers and Stockyards Act gives GIPSA the necessary authority to oversee the livestock markets and he blames current GIPSA Administrator Dudley Butler for Eastern Livestock Company's collapse, suggesting he was too preoccupied with the proposed reform. Agri-Pulse is subscription-only but offers a free, four-issue trial subscription.
Written by Deloris Foxworth Posted at 10/12/2011 03:49:00 PM

Jim, are you getting paid for this opinion? If we had true market forces at work and there was a demand for cattle with x characteristics by the market, if the current meat packers won't produce for it then let someone else.

Certified Angus products have garnered a premium because they could be justified by the market at the consumer level.

We have way too much concentration in the meats industry and your administration could not clearly win a case against meat packers who were discriminating against the price setting cash market. As a matter of fact, the lady prosecuting it disappeared after she was found to be lying to Congress and saying she was investigating things her administration wasn't.

There is way too much corruption in D.C. and way too much bought opinion. It is the reason our economy is in the mess it is in.