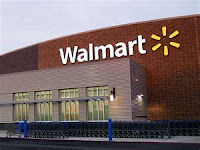 In some rural counties, Walmart "exerts such power over the local labor market that it depresses wages by more than 6 percent," reports Bill Bishop of the Daily Yonder. The results were found in a study conducted by two University of Connecticut economists who have been studying the retail chain's power in local labor markets for several years. They found it has little effect in urban areas, but in rural areas, mostly in the Southeast, its power to "bid down" wages is triple that in cities.

Walmart is the largest single employer in the U.S., and its power varies by region. There's no evidence it's depressing wages nationwide. But in states where the company's presence is strongest, its "monopsony power," or the ability of a single buyer of goods to fix prices among many sellers, is highest. In Kansas, West Virginia and Arkansas, that power is more than 6 percent. In Colorado, Kentucky, Idaho, Illinois, Oklahoma and Utah, it's above 5 percent.

Bonanno and Lopez say Arkansas-based Walmart depresses wages so much in the South that it could "warrant attention from antitrust regulators in the Department of Justice," Bishop writes, adding that the researchers' paper brings attention to at least two issues: the Justice Department and the Department of Agriculture conducted a hearing in 2010 "to examine the antitrust implications of Walmart's increasing share of local grocery markets," but Justice took no action in the matter. Also brought to mind, Bishop reports, is a Penn State study that found having big box stores in a community depressed local income. (Read more)
Written by Ivy Brashear Posted at 4/06/2012 03:09:00 PM