The average rate of self-reported disability in rural (non-metropolitan) counties is 16.5 percent, which is above the national average of 15.3 percent and well above the metro rate of 13.4 percent, according to data from the Census Bureau's American Community Survey from 2008 to 2012. The highest rate is 32.4 percent in Warren County, N.C., while the rural South had an average rate of 18.7 percent, compared to 14.62 percent in the Midwest, reports the University of Montana Rural Institute. More than 56 percent of rural counties have rates higher than the national average, and 159 of the 169 counties with rates 22.9 percent or greater are in rural areas. (Institute map of county-by-county data on disability rates; click on image for larger version) 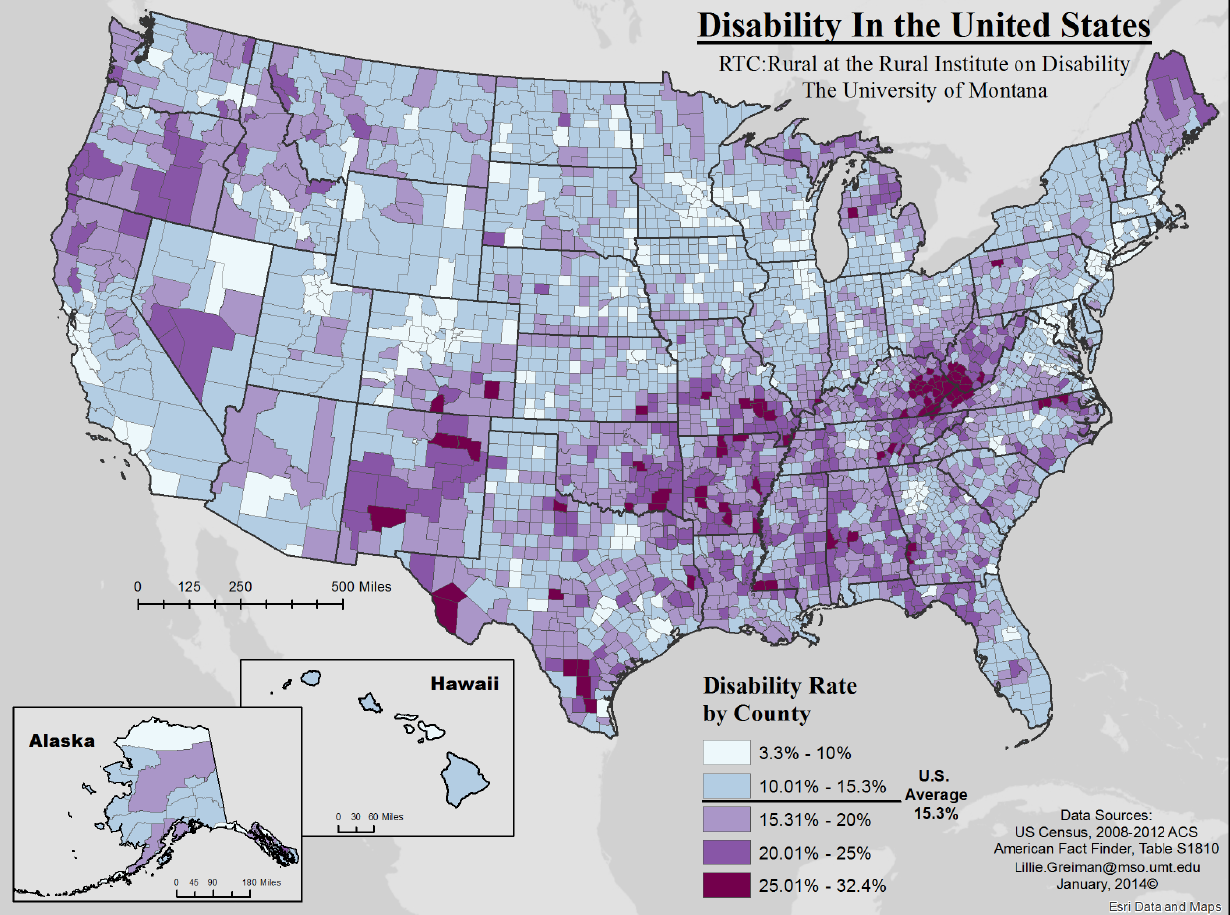 The survey was based on responses to questions on impairment of hearing and vision and "concentrating, remembering or making decisions because of a physical, mental or emotional problem, and serious difficulty walking or climbing stairs," reports Montana's Rural Institute. "These functional limitation questions are supplemented by questions about selected difficulties with activities of daily living and instrumental activities of daily living," which are commonly defined. "One item is on self-care and asks if a respondent has difficulty bathing or dressing. The last item is on independent living and asks whether a household member has difficulty doing errands on one’s own because of a physical, mental or emotional problem." (Read more)
Written by Tim Mandell Posted at 3/10/2014 04:47:00 PM