The biggest job gains were in Texas and North Dakota, two states that have benefited greatly from the oil and gas boom, Bishop writes. The biggest losses were in the Appalachian coalfields, rural Michigan, the Sun Belt South, patches of the Mountain West and New England. (Yonder map: To view an interactive version, click here) 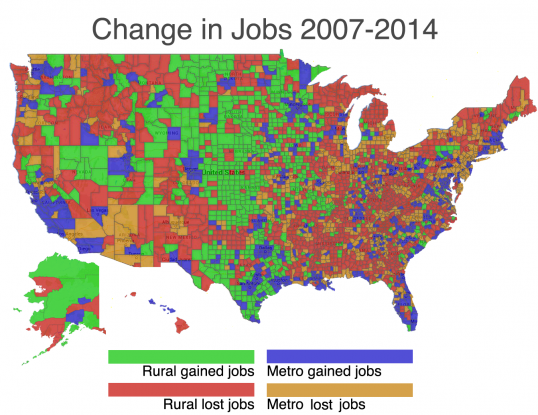