An impending lawsuit in Iowa about who is to blame for water pollution could have a major impact on farmers throughout the country, Donnelle Eller reports for The Des Moines Register. "The federal government now considers water from farmlands as surface runoff and exempts it from oversight." But Des Moines Water Works, which says three northwest counties are to blame for polluting central Iowa's water supply, "contends the underground tiling widely used by farmers bypasses the natural filtering soil provides, acting as 'a continuous mechanism for transporting nitrates to streams.'" 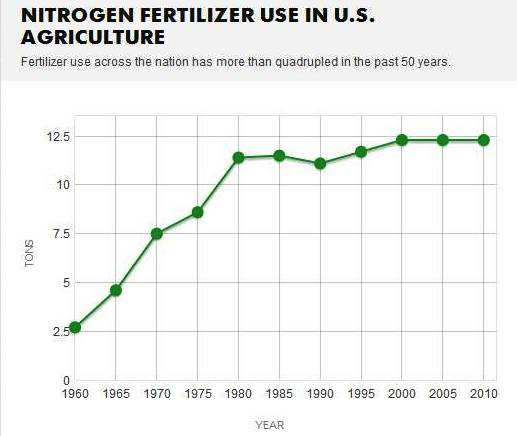 Experts and environmentalists say the suit could lead to a "decades-long national fight over who is responsible for water pollution that originates from cropland that often is hundreds of miles away," Eller writes. "They say the outcome could, for the first time, indirectly require farmers to meet federal clean-water regulations that limit nutrients such as nitrates and phosphorus that enter U.S. waterways." (Register graphic)

The utility says drainage districts in Sac, Calhoun and Buena Vista counties have siphoned groundwater laden with nitrates into the Raccoon River, a source of drinking water for central Iowa, along with the Des Moines River, Eller writes. "Testing since March shows nitrate levels in one drainage district were nearly four times the amount the federal government says is safe for drinking water. Infants younger than 6 months are particularly at risk with high nitrate levels, potentially becoming seriously ill without treatment."

"The high levels have forced the Des Moines utility to treat the water to reach acceptable nitrate levels, a cost that approached $1 million in 2013," Eller writes. "The utility argues that drainage districts, and ultimately farmers, should be responsible for curbing nitrate pollution. It contends that districts should be required to obtain permits under the federal Clean Water Act, which would bring to bear limits on nutrients such as nitrogen and phosphorous."

Agriculture leaders contend that a lawsuit would be costly and might not even lead to the water problems being resolved, Eller writes. "They also say it deflects from work currently underway that is reducing pollutants, such as building wetlands, terraces and buffer strips." (Read more)
Written by Tim Mandell Posted at 1/23/2015 01:49:00 PM