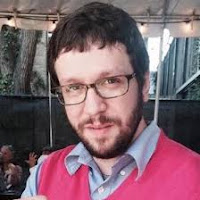 Before Sam Ford was a research fellow for MIT helping lead a study of political polarization for the Tow Center for Digital Journalism at Columbia University, he was a rural journalist. In fact, he got his start as a community columnist for his tiny hometown, McHenry, Ky., when he was in elementary school. As he tells it in an article for Columbia Journalism Review, Ford took responsibility for the column when he grandmother became ill and needed a break.

Now, as he examines American politics in the wake of the November 2016 presidential election and how Americans view the reliability and value of journalism, Ford sees some lessons in the ways old-fashioned society columns in newspapers helped create community. It's an important lesson given the impact of social media on the country today -- especially in rural areas.

"As the gathering places of many small towns have dwindled, and our online conversations are increasingly polarized, I keep thinking back to how important those columns were to my family, and many of those around me, in connecting us to the other few hundred who lived in our little town," Ford writes.

Ford took the column up in 1995, when he was 12 years old, and continued it until he was a senior in high school and then handed it off to his mother. Betty Hillard Ford's column is the last of its kind still running in the Ohio County (Ky.) Times-News.

"Over the past 15 years, I've watched as those columns slowly began disappearing - as the curators of each of these small towns' news fell ill or passed away, without anyone coming along behind them to take up the tradition, and as new communication platforms take on the functions these columns once had," he writes.

Communities like McHenry (pop. 400), observes Ford, "have city governments that no news outlet has the staff resources to give much coverage to. These towns have often lost the general stores, local diners, post offices, elementary schools, and other gathering places that once defined them. And the tone of polarization of communication in digital spaces do not necessarily lend themselves [to] being the best venue for civic engagement at the most local of levels."

Ford, an independent media consultant who teaches at Western Kentucky University, co-leads the study of political polarization and media with Andrea Wenzel, who teaches journalism at Temple University. Their research was the subject of a daylong workshop, "From Polarization to Public Sphere," Aug. 18 in Bowling Green.
Written by Jennifer P. Brown Posted at 9/26/2017 12:37:00 PM