LEBANON, Ky. – Stevie Lowery, editor and publisher of The Lebanon Enterprise, is the 2018 winner of the Al Smith Award for public service through community journalism by a Kentuckian.

Lowery will receive the award Oct. 18 in Lexington, at the annual Al Smith Awards Dinner of the University of Kentucky’s Institute for Rural Journalism and Community Issues (which publishes The Rural Blog) and the Bluegrass Chapter of the Society of Professional Journalists, which co-sponsor the award.

The award is named for Albert P. Smith Jr., who published newspapers in rural Kentucky and Tennessee, was founding producer and host of KET’s “Comment on Kentucky,” and federal co-chair of the Appalachian Regional Commission. He was the driving force for creation of the Institute, headed its advisory board and is chair emeritus.

Smith nominated Lowery for the award after learning of her successful campaign to pass a supplemental property tax for improvements in Marion County Public Schools. That was one of many efforts she has made to serve the public since joining the Enterprise, owned by Landmark Community Newspapers, as a reporter in 2002. She became news editor in 2004, editor and general manager in 2005, and publisher in 2011.

In 2008, Marion County voters defeated the school board’s proposal for an extra tax of 5 cents per $100 worth of property to finance school improvements. When the board decided in 2016 to try again, Lowery, who has a son in the school system, led the charge, doing several stories on the issue in a sample-copy edition sent to everyone in the county, with a main headline asking, “Are Marion County children worth a nickel?” She supported the cause with editorials and kept up an active conversation about it on the paper's Facebook page.

The next year, though her news staff had been temporarily reduced to herself, Lowery did a five-part series about drug abuse in the county. It won awards for best series and news writing, and one judge wrote, “If any community newspaper has not yet probed deeply into their local drug problems, they should take a look . . . What a read!” Another said, “Lowery’s reporting shows the resilience of her subjects as they cope with the aftermath of abuse, industrial fallout and incarceration. Readers are guided by her lean narrative, which flows through the events, facts and figures that make the sagas complete.”

Smith also cited the drug series. “Addiction overall is a major problem in Kentucky, and she is making a major effort in her rural county to make sure people know the problem. Smith, who tried and failed to win school-tax increases when he was editor and publisher in Logan County, said Lowery “made a heavy commitment to campaign in the paper, and she won the day” on that issue.

Institute Director Al Cross said the newspaper’s handling of the school-tax issue was a model for community journalists who see a need and want to take a stand. “Many rural editors are reluctant to take sides on controversial issues, but when they see a wrong that needs righting, they should take a stand, while being careful to give the other side its due in stories and on the opinion pages. The Enterprise did that.”

The two series were examples of Lowery’s willingness to tackle controversial subjects, such as the first same-sex couples to be married and adopt children in the county, and a feature story this week about a 19-year-old transgender woman.

“I’ve never been afraid to report on what some people consider ‘taboo,’ subjects, especially in a small community,” Lowery says. “I’ve also not been afraid to open up about personal struggles that myself or my family have been through in hopes that my story might help someone else.” For the last edition with the drug series, she wrote a moving column about her late father’s addiction to alcohol.

Lowery is the daughter of Susan Spicer Lowery, a cooking columnist for the Enterprise since 1979, and the late Steve Lowery, who was an award-winning editor and manager of Landmark papers in Lebanon, which he left in 1987, and Bardstown. She holds bachelor’s and master’s degrees from Murray State University.

In addition to her journalism, Stevie Lowery has been a civic activist in her native county. She shaved her head to raise money for children’s cancer research; she and her son, Owen, raised more than $15,000 to shave their locks. She organized and still leads Marion County Girls on the Run, a 12-week program that helps 8- to 13-year-old girls train for a running event, build self-esteem, learn to be assertive, respond to peer pressure and bullies, surround themselves with positive influences and complete a community-service project, with an overall goal of preventing at-risk activities as they grow up.

“The Al Smith Award is for journalism, but there are other ways community journalists can serve the public, and doing so helps show that they have the community’s interests at heart,” Cross said.

The Al Smith Awards Dinner is an annual fund-raiser for the Institute and the SPJ chapter, which conceived the Smith Award. But it is also “a grand gathering of people who believe in journalism as an essential element of our democratic processes and want it to observe high standards; who recognize the importance of rural America to the rest of the country; and who agree with us that rural Kentucky and rural America deserve good journalism just as much as the rest of the state and nation, to help our democracy work,” Cross said.

The dinner will also recognize recipients of the SPJ chapter’s student scholarships and Oregon editor-publisher Les Zaitz, winner of the Institute’s 2018 Tom and Pat Gish Award for courage, tenacity and integrity in rural journalism. Cross will present that award to Zaitz in Oregon in July. The dinner will be held at the Embassy Suites on Newtown Pike, near Interstates 75 and 64 in Lexington. For more information, contact Al Cross at 859-257-3744 or al.cross@uky.edu; or SPJ Bluegrass Chapter President Tom Eblen at teblen@herald-leader.com. Details will appear soon on the Institute website, www.RuralJournalism.org.
Written by Al Cross Posted at 6/13/2018 11:45:00 AM 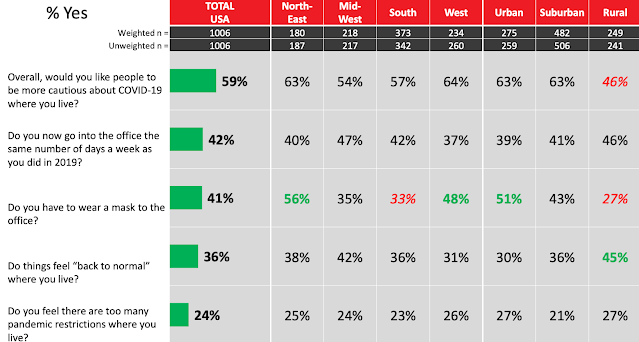