Group of weeklies in Northern California county are selling stock to their readers; apparently a first in the U.S.

A weekly newspaper company in Sonoma County, California, has apparently become the first in the country to sell stock to its readers in an effort to stay afloat. The effort is having success, but the publisher thinks it would work mainly in places like Sonoma: wealthy, liberal and fearful that President Trump's attacks on the news media are undermining democracy. Maybe, maybe not.

Rollie Atkinson, whose Sonoma West Publishers owns four papers with a total circulation of about 10,000 in a county that is also served by The Press Democrat, a daily in Santa Rosa. He got the idea from an online news site in Berkeley and has collected a fourth of his $400,000 goal, Tim Arnago reports for The New York Times. The offering ends in March.

Rick Theis, retired from the local wine industry, put up $5,000. He told Arango that he opens his notifications from the Times “with dread. What did our infamous president do now? . . . I really depend on the small community newspaper. They at least have trained journalists reporting the news, which social media does not.” Retired Press Democrat reporter Mary Fricker "said the national mood had not been behind her decision to invest," Arango reports, quoting her: “I grieve every day over what’s happened to journalism, especially newspapers. I need to put my money where my mouth is.” 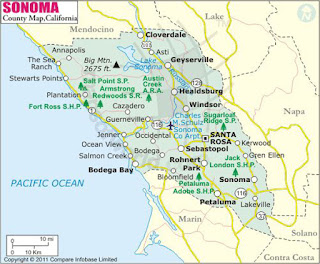 Poynter Institute media-business analyst Rick Edmonds said he knew of no other paper with such a stock offering, and "Atkinson was quick to stress that he did not believe a stock offering would work for many other local newspapers, especially those that are not in wealthy areas like Sonoma County, or have the same kind of older readership with liberal leanings," Arango writes. "Now that he has an influx of money, however, one of the first things he plans to do is raise salaries for his staff, which has eight newsroom employees. Reporters have been making $15 an hour, a rate that California has decided will be its minimum wage in a few years." Atkinson said, “That’s not because I’m stingy. That’s because it’s all we could afford.”
Written by Al Cross Posted at 8/26/2018 08:02:00 PM