One year ago today, Ryan Kelly took a picture that would win him the Pulitzer Prize for spot news photography, an image of a white nationalist's car slamming into a crowd of counter-protesters in Charlottesville, Va, killing one. But he took it on last day with The Daily Progress, where he "loved shooting local news and sports," Steve Hendrix reports for The Washington Post. "But after four years, he was burned out. The long hours and low pay at a shrinking paper had become too hard on his young marriage; the growing hostility to journalists had worn on his psyche."

Hendrix writes of the photo, "In that microsecond of frozen mayhem, human bodies hang above a car in poses of almost balletic violence, a killing force portrayed as chilling stillness. Glasses and cellphones are suspended midair, bottles spout contrails of water, shoes are flung from splaying legs. It's a photograph both revelatory and cryptic. The image appears to offer a wrenching glimpse of Heather Heyer's last moments as she was killed. But it's notable for what it hides — others being injured behind the flying bodies. To this day, Kelly knows little about most of the people in the picture, even those captured upside down, their lives in peril. He doesn't know their names or how badly they were injured." 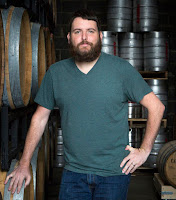 "It's still hard to look at," Kelly told Hendrix. "So much is contained in that moment." Kelly is now the social-media manger for a craft brewery. The story is not just about him, but about Heyer's mother and others affected by the incident. But it ends with Hendrix reporting that the Pulitzer "leaves him both proud and pensive." Kelly told him, “I’ve also been very aware that it came at the expense of the death of Heather Heyer, of dozens of other people being injured, of Charlottesville being torn apart. I think about that every day.”