Donald Trump’s trade war with China made farmers more dependent on government payments, "but China is now at the heart of a reversal in farmers’ fortunes, as booming exports and soaring food prices fuel a recovery in the U.S. agricultural economy," Aime Williams reports for the Financial Times.
"The U.S. is on course to ship a record $37.2 billion worth of farm goods to China this year, led by sales of soybeans, corn, tree nuts, beef, wheat and poultry, the U.S. Department of Agriculture has forecast." That's 23 percent of total U.S. agricultural exports, which USDA estimates will be $164 billion. More Chinese demand, combined with low stocks of corn and soybeans caused by drought in Brazil, "have driven a surge in global food prices, providing a further boost for American farmers."
China imported 9.6 million tons of soybeans in May, a 29% increase from April's 7.4 million tons, Reuters reports. 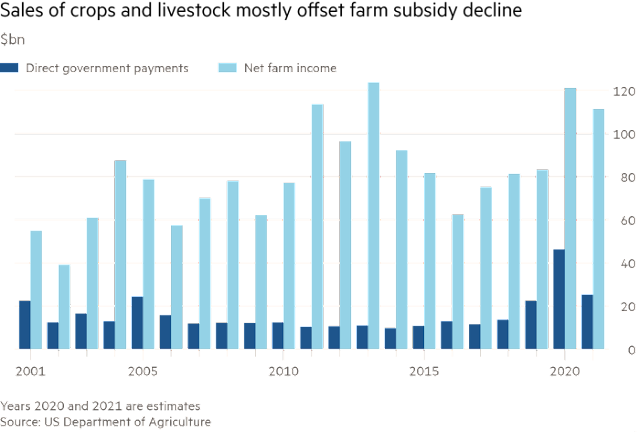