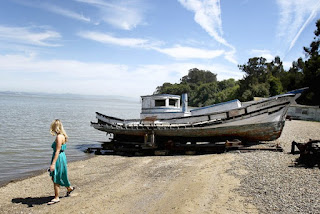 In poorer counties, it's harder to raise funds for parks. Officials and supporters are struggling to raise $80,000 to save the historic home of the state's last Mexican governor, but Los Encinos State Historic Park, just 35 miles away, was saved by a single $150,000 donation. State Parks Director Ruth Coleman told Megerin that about half of the 70 parks slated for closure will remain open, operated either by local governments or nonprofit organizations. Arizona was planning to close all its parks in 2010, but most have been kept open by agreements with local governments and nonprofits.

To stay afloat, state parks are trying new things. Nevada has added vending machines to draw revenue; Idaho officials want companies to advertise on park signs; Colorado is allowing oil and gas drilling in St. Vrain Park to generate funding. Kentucky state parks now sell alcohol at some locations and cut worker hours in an effort to save $6 million a year, reports Jack Brammer of the Lexington Herald-Leader. Though none of the state's 51 parks will be closed, private concession companies will be allowed to operate food services at seven resort parks, and parks will be closed on Mondays and Tuesdays.
Written by Ivy Brashear Posted at 6/13/2012 03:35:00 PM