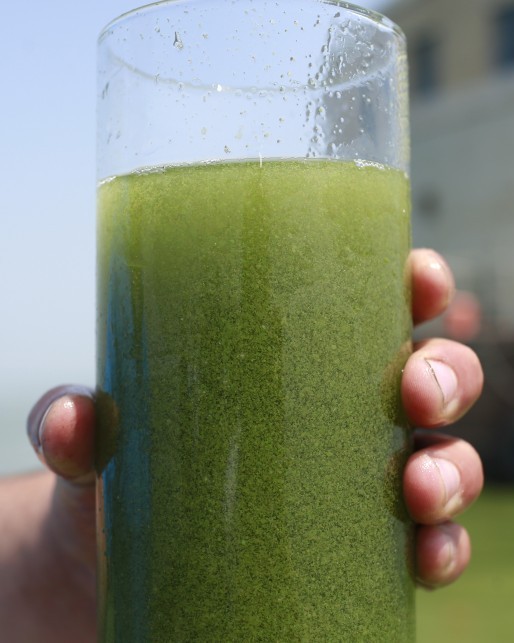 Despite the growing concern, "There are no national standards for algal cyanotoxin in drinking water," Todd Frankel reports for The Washington Post. "U.S. utilities don’t need to test for it. How widespread the toxin is in drinking water is a mystery. Monitoring is voluntary. And even when water companies do look for the toxins, how and when the testing is done varies, opening the door to inconsistent results. The Environmental Protection Agency for years has discussed drafting rules to cover cyanotoxins but hasn’t acted."

"The lack of national standards didn’t cause Toledo’s water crisis," Frankel writes. "But it made the problem  more complicated. It made it harder for people to know whether the water was truly safe for cooking, bathing and drinking. And with these algal blooms predicted to worsen in Lake Erie and other lakes and reservoirs — thanks to a mix of global warming, invasive species and pollution — the issue is expected to pop up more often. Some believe Toledo could be a tipping point."

Algal toxins target the liver, where it can accumulate and clog, causing diarrhea and nausea, Frankel writes. "Dogs have died after ingesting blooms in tainted lakes. So have cows and horses. Human deaths are rare. In 1996, 130 dialysis patients in Brazil were sickened by microcystin-tainted water, and at least 50 died." (Read more)
Written by Tim Mandell Posted at 8/11/2014 02:25:00 PM