Drought is forcing the cattle industry to move to greener pastures. With drought conditions resulting in the closure of a Cargill slaughterhouse in Plainview, Texas, and a National Beef Packing Co. slaughterhouse in Brawley, Calif., "The industry’s geographic perimeter is narrowing around the Northern Plains (the Dakotas, Kansas and Nebraska) and north central (Iowa and Missouri) regions," Tom Johnston reports as part of a series for Meatingplace, a meat-industry magazine.

"The cattle are moving," Johnston writes. "Packers will have to follow, as there is at least 10 percent more slaughter capacity than the industry needs. More than just a matter of geography, the prospect demands a shift in strategy for raising livestock, sourcing reliable supplies and marketing new products." (Kansas State University map: Cattle processing in the U.S. in 2014) 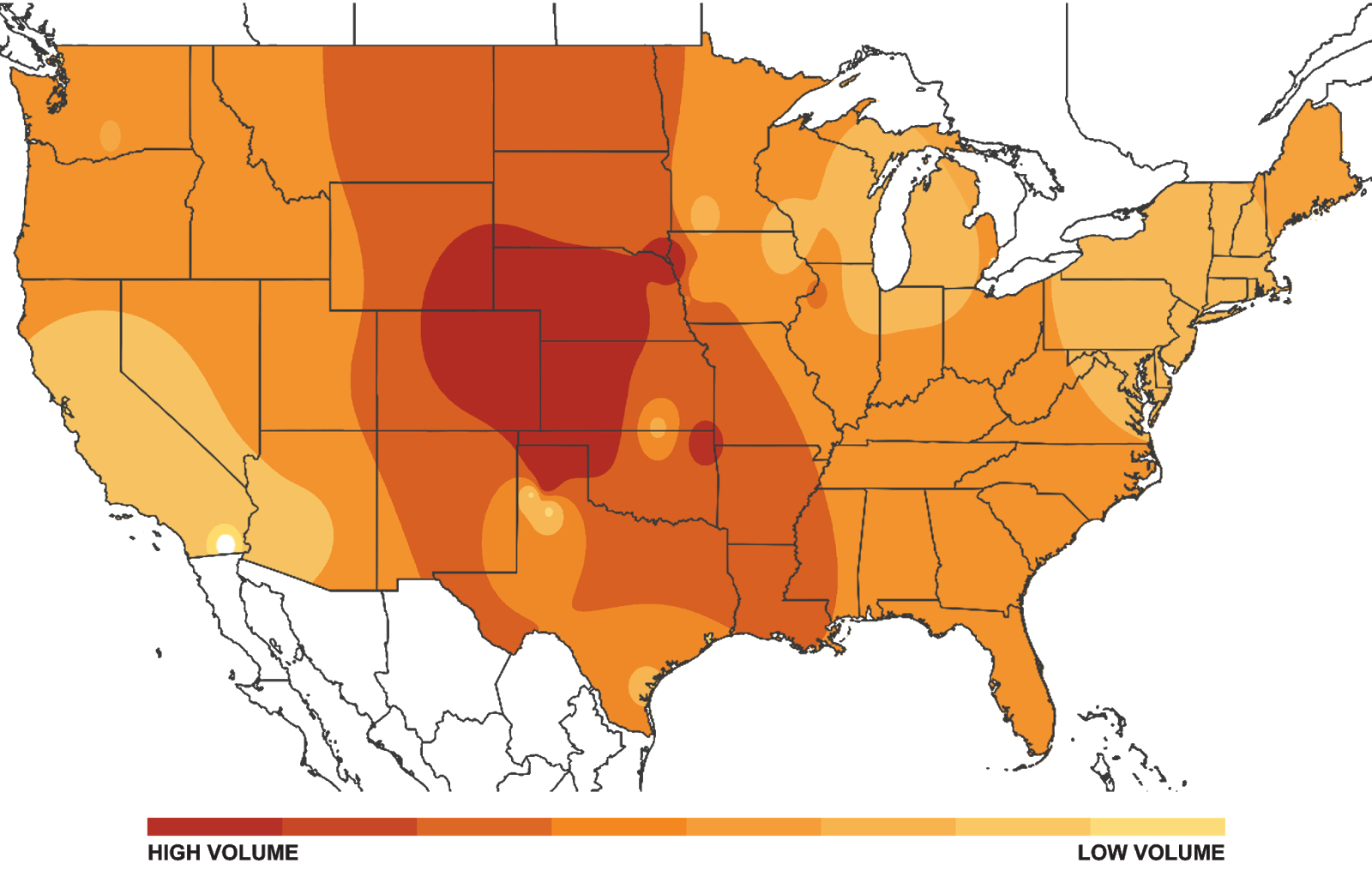 Precipitation is much more plentiful in the plains and north-central states, Johnston writes. West Texas normally gets 20 inches of precipitation per year, compared to 36 inches in Iowa. But conditions have been so bad in Texas this year that Lubbock had less than one inch of rain before Memorial Day, when it got 3 to 6 inches. In 2011, the hottest and driest year on record in Texas, the state's livestock industry lost $3.2 billion.

"To put it in perspective, consider that the entire U.S. beef cow herd decreased by 5 percent, from January 2011 to 2013; 65 percent of that decrease was due to reductions in Texas alone," Johnston writes. "Moreover, while nationally, producers are holding more heifers back to replace aging beef cows — a clear signal of intent to rebuild the herd — Texas’s share dipped about 5 percent in the last year. The Great Plains has seen its share rise nearly 5 percent in the same period."