Wages declined in 1/3 of counties in last decade; what happened in your county? This map shows

Even before the Great Recession, there was concern about wage stagnation, which has left millions of households with effectively less income than they had a decade ago. "One-third of all U.S. counties have seen their pay decline, when the figures are adjusted for inflation," Brian McGill and Dante Chinni report for The Wall Street Journal, with a handy map, emendated example below. (Click here for the interactive version.) 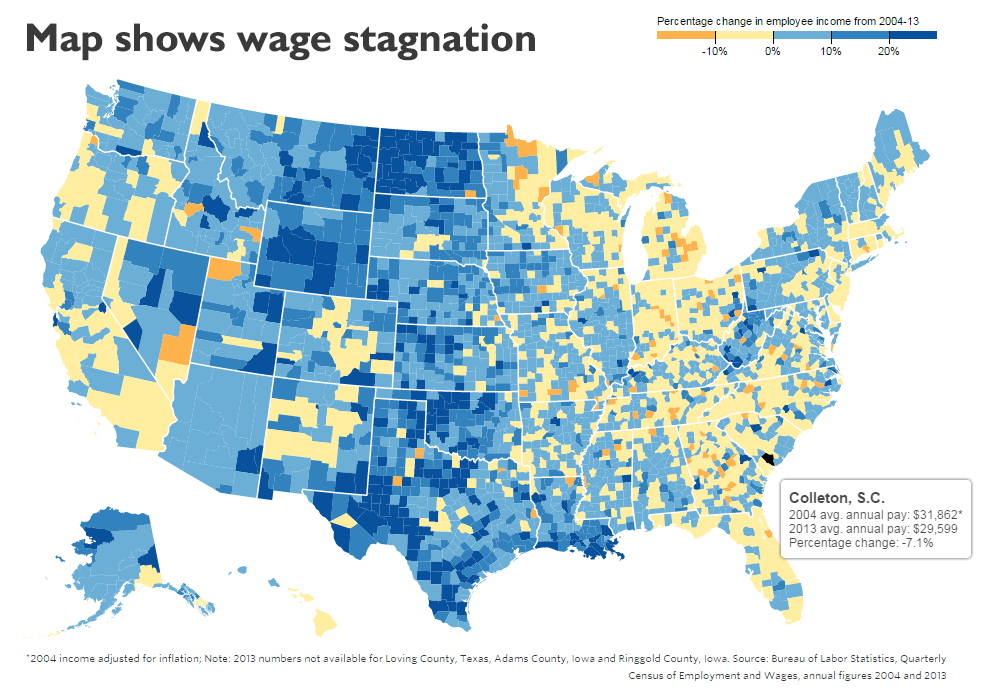 Overall, "Wages haven't budged in a decade," the reporters write. "The biggest winners for wage increases are the counties running down the center of the country, many of which have economies based on energy and agriculture." Other patterns are harder to discern; the phenomenon cuts across rural and urban, blue and red. State policies may have made a difference, judging from the clear differences between Illinois and Indiana, and between Alabama and Georgia.

"And even with all that in mind, the numbers on wage stagnation don’t tell the whole story," the reporters note. "Average annual pay still tends to be higher on the coasts and in the big cities than they are in rural Middle America." The data are from the Bureau of Labor Statistics' Quarterly Census of Employment and Wages.
Written by Al Cross Posted at 12/30/2014 12:29:00 AM