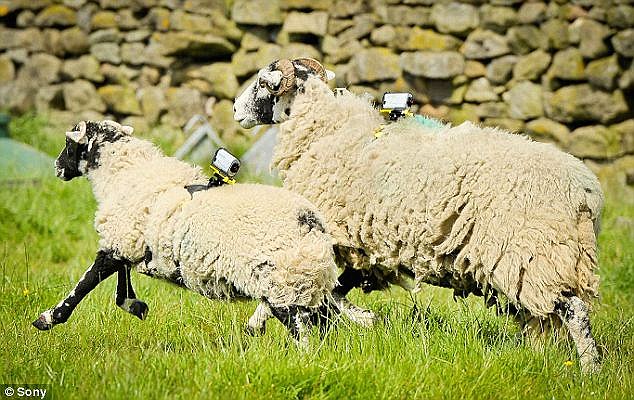 Gordon Blair, a computer scientist at Lancaster University, is using a grant to conduct research in Wales on outfitting sheep with digital collars that can be used to allow farmers to better monitor livestock, while also doubling up as wireless Internet hotspots, Woolaston writes. "Earlier this year, sheep in Yorkshire were fitted with cameras to give a unique view of the Tour De France" bicycle race.

Officials at Lancaster University have proposed fitting sensors to riverbanks to monitor river levels and warn of floods, Woolaston writes. "This system uses sensors on the bank, and throughout neighboring towns to track rising water levels and weather conditions. Some sensor locations are designated as ‘government office nodes' and have an office with a laptop computer where data is collected and stored. An algorithm is then used to predict flood risks before alert notifications are displayed." (Read more)
Written by Tim Mandell Posted at 12/29/2014 09:43:00 AM