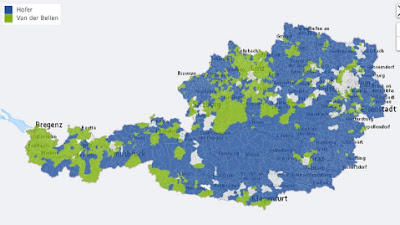 "There are no doubt all sorts of reasons for this phenomenon," Elledge writes. "Some of them will be economic (well-paid jobs are increasingly concentrated in cities). Some of them will be cultural (the countryside is more likely to be white). Indeed, these are two sides of the same coin: As young or educated people move to cities in search of opportunity, the places they leave behind will become older, less diverse and more conservative."

"Whatever the explanation, though, it looks increasingly like that is the new political fault line in western countries," Elledge writes. "If you believe in progressive politics, there's a fair chance you live in a city." Map: U.S. presidential election by county 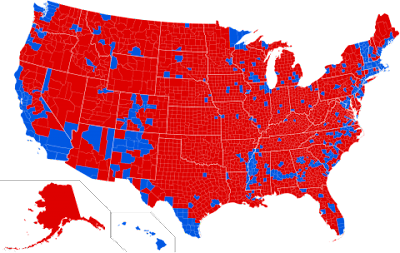