Farm loan repayment rates, along with the U.S. agricultural economy in general, are improving rapidly, according to the latest Federal Reserve bank surveys on farm credit conditions in the first quarter of 2021. 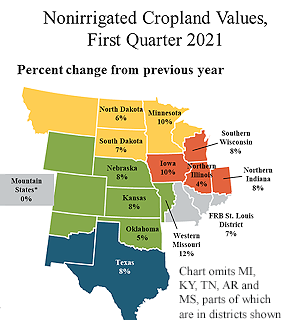