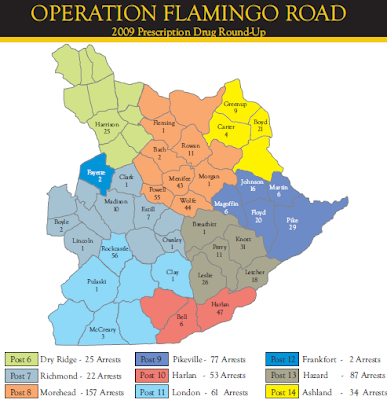 Federal, state and local officers fanned out across the region Wednesday morning, Bill Estep, Dori Hjalmarson and Valarie Honeycutt Spears of the Lexington Herald-Leader report.
"Florida is a key source of what Rick Bartley, commonwealth's attorney in Pike County, called a 'tsunami' of pills into Eastern Kentucky," the reporters write. Florida has passed a law to monitor painkiller prescriptions but it won't take effect for more than a year. (Wall Street Journal map)