Journalists' access to prisons varies widely, is usually difficult, and is often up to whims of the warden 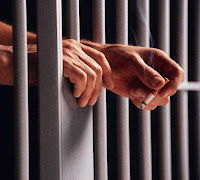 "Many states make it extremely difficult for journalists to visit their prisons, interview inmates and report with any regularity or authority on what goes on inside America's prison system," Jessica Pupovac of The Crime Report writes. Quiet battles are waged across the country every year by reporters trying to report on how their states address criminal behavior, treat inmates, work toward public safety and spend the estimated $74 billion given annually to state and federal prison systems.

Pupovac completed a comprehensive study of state media-access laws and discovered a wide range of approaches, with one underlying theme: "Individual public officials, not laws or official policies, have the final word on how much the media, and thus the public, know about what happens inside America's prisons. And too often those individuals deny journalists access not because of security concerns, but because they fear the anticipated content of the story."

Some state corrections chiefs prefer to simply keep reporters out of prisons, Pupovac reports. About a dozen states have specific policies about what "constitute grounds for a denial" of access to the facility or documentation about it, but "The majority simply leave it to the ill-defined 'discretion' of an individual prison's warden," Pupovac writes. Wall Street Journal prisons reporter Gary Fields told her that "each prison has a fiefdom and the warden in at the top of the feudal system and the warden can actually reject your request to try to get in."

Most often when access to a prison is denied, reporters cite the 1972 Supreme Court ruling that government agencies can not discriminate in practice or policy against groups or individuals whose points of view it disagrees with, Pupovac reports. However, public information officers at prisons argue that safety is a real concern because prisons are working with such little resources. (Read more)

Arizona, Alabama, Georgia, Louisiana and Michigan make prison access "the exception to the rule," Pupovac reports. California, Kansas and Michigan don't allow interviews with specific inmates. Florida, Kansas, Michigan, New York and New Hampshire require inmates to put reporters on their visitation lists in order to speak with them, which reduces visits with family or friends. Wyoming screens potential questions before interviews, which are monitored, and can end an interview if it strays from approved questions. A complete list of media access policies can be accessed on the Society of Professional Journalists website.
Written by Ivy Brashear Posted at 1/03/2013 01:56:00 PM