What's the most over-represented job in your state?

The online Business Insider has crunched data from the Bureau of Labor Statistics and come up with an interesting map that shows the most over-represented job in each state — not the most common job, but the one that is most disproprtionately concentrated in that state, compared to the nation. (Click on map for larger version) 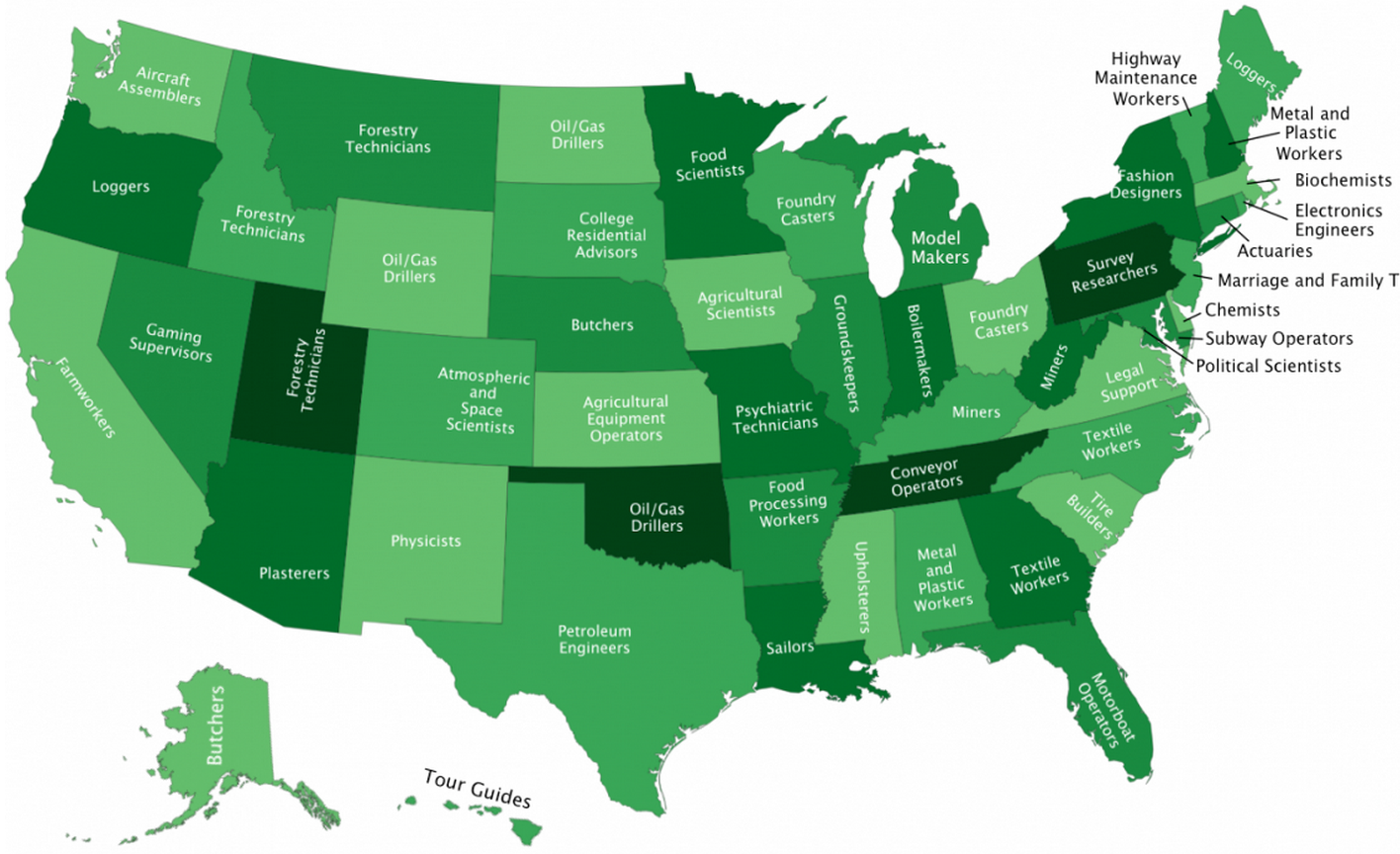 The New Mexico physicists probably reflect the location of the Los Alamos National Laboratory, and the Delaware chemists the site of E. I. du Pont de Nemours and Co. Connecticut actuaries likewise represent the many insurance companies in the state, and Purdue University surely is proud that boilermakers are concentrated in Indiana. It's no surprise that butchers are big in Nebraska, but why are they likewise in Alaska? (Makes a cute rhyme.) And why are marriage and family therapists big in New Jersey? Could have something to do with their proximity to New York City. But psychiatric technicians (who knew there was such a thing?) are big in Missouri. Fascinating.
Written by Al Cross Posted at 4/06/2014 06:25:00 PM